With the high cost of living Southern Californians are being forced to rent and put the American dream of being a homeowner on hold. University of Southern California’s Casden Multifamily Forecast said on Wednesday that rent in Southern California will continue to rise for the next two years. In many areas, landlords have been demolishing old apartments to build new apartments building and raise the rent.

What does this mean for apartment renters?

This means that Orange County will see a rent hike of $149 a month over the next two years, $136 a month in Los Angeles County, and $124 a month in the IE, according to the forecast produced by the USC Lusk Center for Real Estate.

This year’s California rents are projected to be up 1% from 2016, the Casden figure show. But rent gains averaged 4.5 percent a year in Orange County and the Inland Empire from 2011 through 2016. The average annual gain was 5.7 percent in Los Angeles County in that period.

“Southern California markets have been among the least affordable for some time,” the forecast report said.

This comes at a time when Los Angeles County recently had a sales tax increase of 9.25% to 9.50% along with Long Beach, which had a prior sales tax of 9.25% to 10.25%, this makes it more difficult for single families and Angelenos who earn minimum wage to pay sales tax and high rent prices. 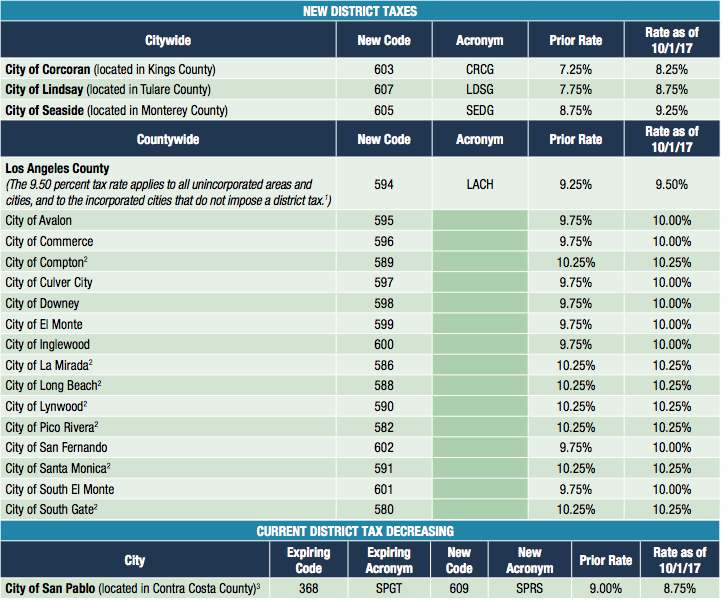 Will rent and sales tax go up to the point where Los Angeles County tenants aren’t able to afford to live in LA?