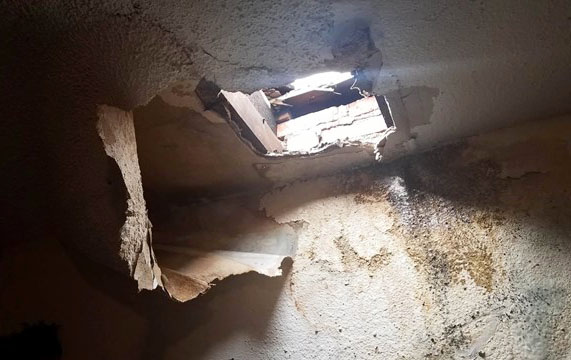 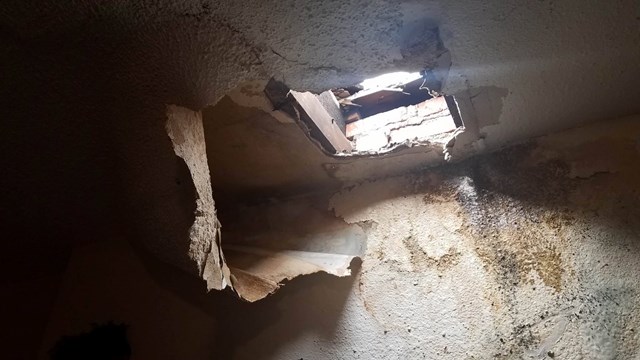 When we rent an apartment we rely on our landlord to make big repairs like fixing a leaking roof, but it wasn’t the case with Krista Tonuci, 29, an apartment renter from Denver.

“I was taking a nap in the other room, then all of a sudden I heard a crash, and then I overheard somebody say ‘I just fell through the roof,’” said, Tonuci.

The roof was damaged from a hailstorm in May but the landlord never did anything to repair the damages on the building at 43333 West 44th Avenue.

Tonuci and her roommate called Denver Environmental Health when she first notice that the hailstorm had damaged her apartment since the landlord was neglecting to repair it.

Documents from DEH show that the landlord was cited with numerous violations, including mold growth and a leaking ceiling. 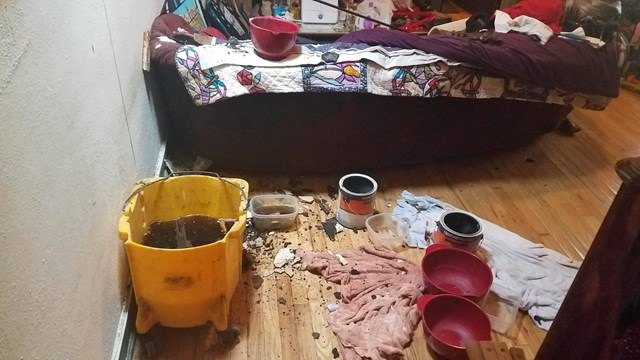 Jake Sager the landlord of the property said, “No, I don’t think it’s UNSAFE to live in.” He doesn’t plan on paying for his tenants to stay somewhere else while the ceiling is being fixed.

Jones has been specializing in tenants’ rights for many years and says Colorado laws make this a landlord-friendly state because of a statute that doesn’t force them to pay for alternative things like housing when the units are being repaired.

“There’s also the option that a tenant can file to seek injunctive relief,” said Jones.

The landlord, Sager, has only reduced the rent for the month.

Tonuci is currently splitting $550 a month’s rent with her roommate, she knows it’s affordable, but says that’s not an excuse.

“Everybody who’s paying for their place deserves to have a safe living situation,” she said.

DEH usually gives landlords 5 business days after receiving the letter to do the repairs. Sager says he has “not received it”, but when asked if he will comply he said “I don’t really have a choice” 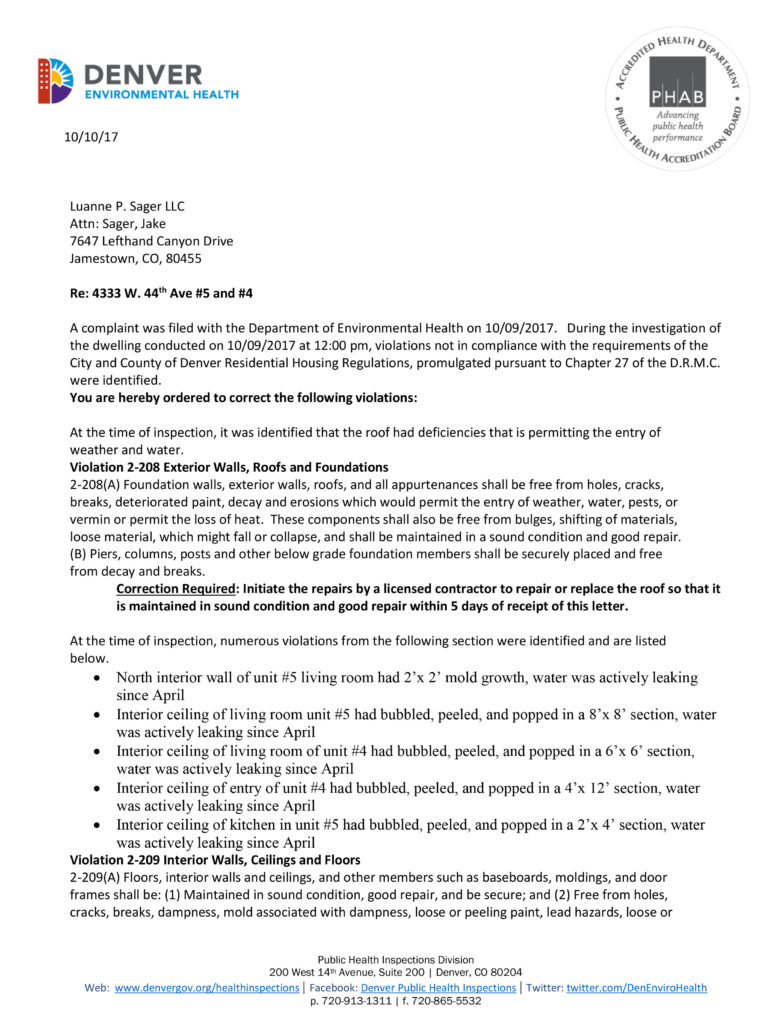 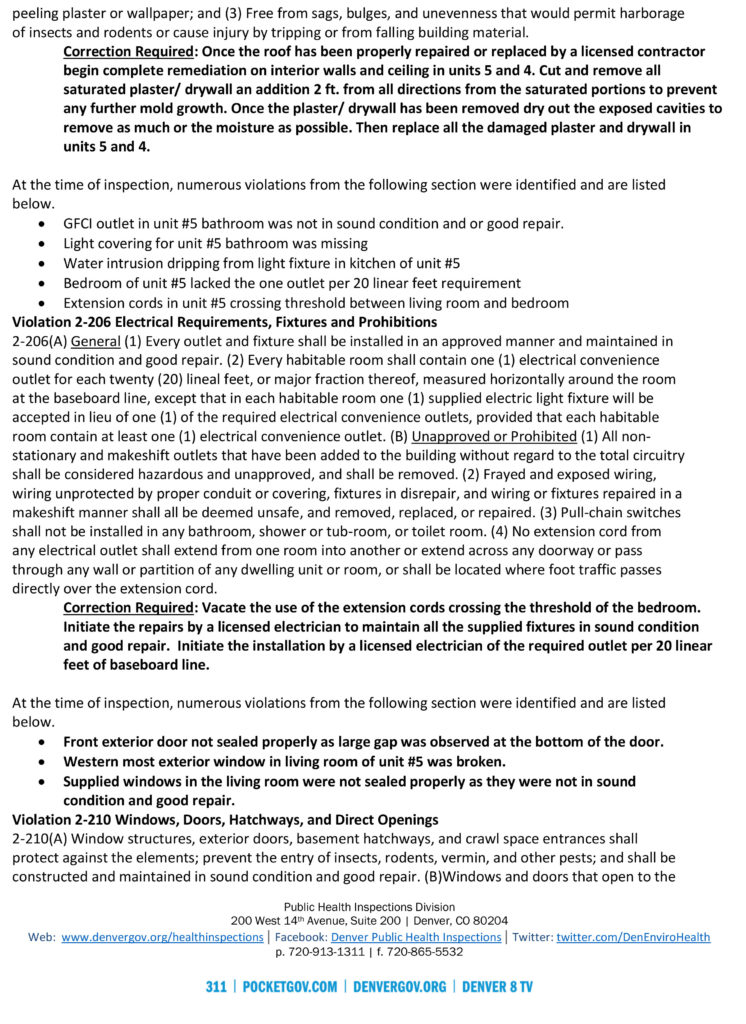 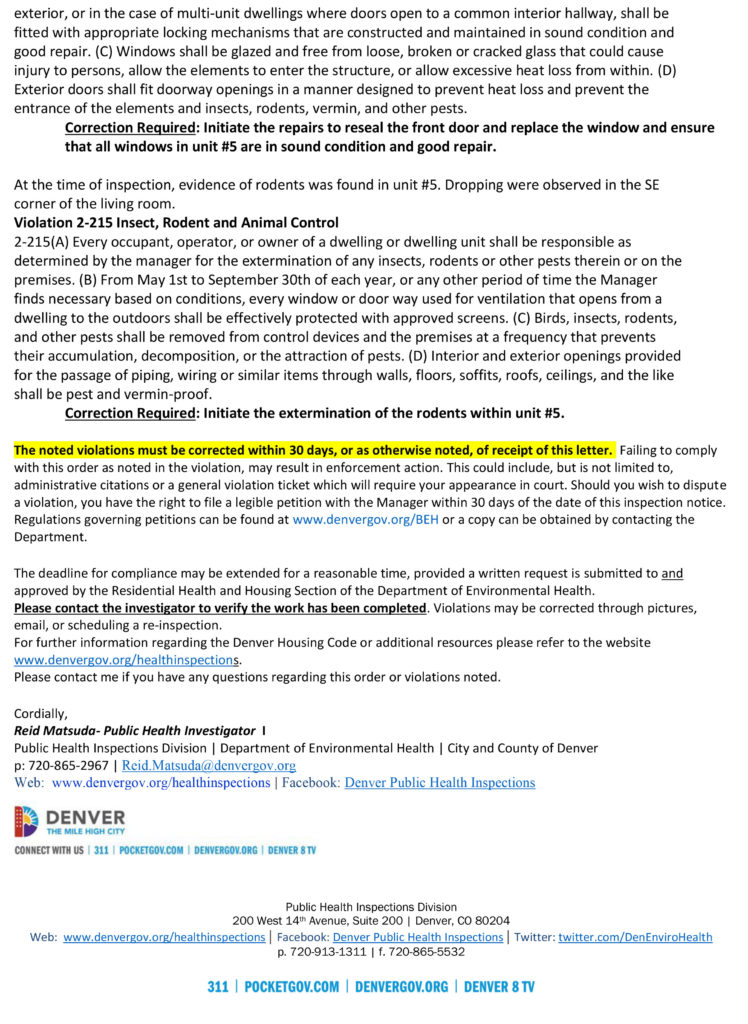