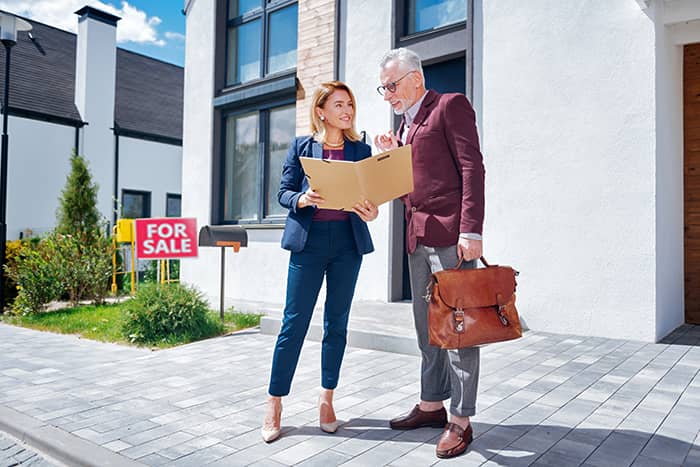 Sometimes losing is winning and other times winning is losing. I have been part of and seen many great partnerships. I have also seen and been part of some not-so-great partnerships. What I have learned over the last 14 years in real estate is that partners are essential to success, but they can also single-handedly derail your deals, your career, and your dreams. To reach your potential you need to use them, so let’s talk about reasons you would want partners and a few reasons why you don’t.

Real Estate Has Made A Lot of People Millionaires

In the real estate market, you see a lot I’ve seen partners work so well that it has literally made people millionaires. One client always comes to mind when I talk about partnerships. This duo has been able to amass a fortune that would not have been possible separately. They should each clear a million dollars in income this year and have started building a nice little nest egg of rental real estate.

Mistakes Are Done in the Deals

The number one key for a successful partnership is when the partners each bring something to the table. Making the company or joint venture stronger. One common example I see is when one person has a large network, experience, and a knack for finding deals, while the other one is real analytical and can run the numbers and line up the financing.

Another example on more of a deal-by-deal case that I see a lot is one person with the deal and the other with the money or the credit. The point is, each person brings value, and each person benefits from the other. The last thing you want is to partner with someone who brings the same value as you.

Mistakes Can Be Done At Anytime

I have structured a handful of partnerships with larger deals when there is a lot of upsides. But just as much downside. Most of the time in these partnerships. I stay in control and manage everything (this of course is agreed to by all the partners.) I will use some partners as advisors and we may have voted for major decisions. Therefore, most of the time the partners are passive investors just looking to add cash to the group for a return on their money.

Mistakes in the Partnership

The saying “it is good until it isn’t” could not be truer than when dealing with a partner. A partnership is going to be much like a marriage. If it goes bad it is not always easy to get out of, and sometimes it could cause both emotional and financial disaster. You don’t marry someone unless you are fairly certain it is going to work, so I suggest you approach your partnership with the same caution. Things will go wrong and the arrangement will be tried. The key for this to work is that you have a plan when the unexpected happens and the ability to work through it.

A good partnership agreement is the first step, but it goes beyond that. One person needs to be in charge to make the final decisions unless you have an odd number of partners and agree to go to a vote. If you want to do everything 50/50, then have a plan in place for when there is a disagreement. Who will ultimately make the final decision?

It is also a good idea to have a buyout clause where either partner can get out if necessary, for a price. Partnerships are not always paradise, which is ok.  You just need to plan for the rain.

Mistakes Will Cost You BIG

I see this a lot when the discussion of how expensive hard money is coming up.  I just heard this again last month at a class I did in Colorado Springs. Someone who is out there doing deals said that he couldn’t justify paying 15% interest for the short-term loan because it was much higher than he could get at a bank. Of course, I understand that, and I believe that although it is a great tool.

Hard money is neither for everyone nor for every situation. In this guy’s case. I was going to agree that he should not be using hard money if he can get bank loans. Also, is ok to limit the number of deals he could do. He said that he had plenty of cash partners that put up the money for the down payments.  “What do they get for putting up the money for the down payment?” was my next question.

The response? 50% of the profit!  Ouch! I said either you are doing marginal deals or I think you might learn something in this class. If you are doing profitable deals, my guess is hard money is much cheaper than 50% of the profit.  Of course, you are not spreading your risk as we talked about. But the idea that hard money was too expensive was not really a good argument. After going through the class I was able to show him when and where hard money might come into play. Therefore. showed him how it would be cheaper for him than using a partner. I guess we will see what happens, but he said he loved the class and will be calling us for his next deal.

Mistakes Will Make Examples Out of You

In this example, it might not make sense to spread your profit because you really don’t need a partner. My response would have been different, but simply sharing so much of your profit when you have other resources did not make sense in his case.