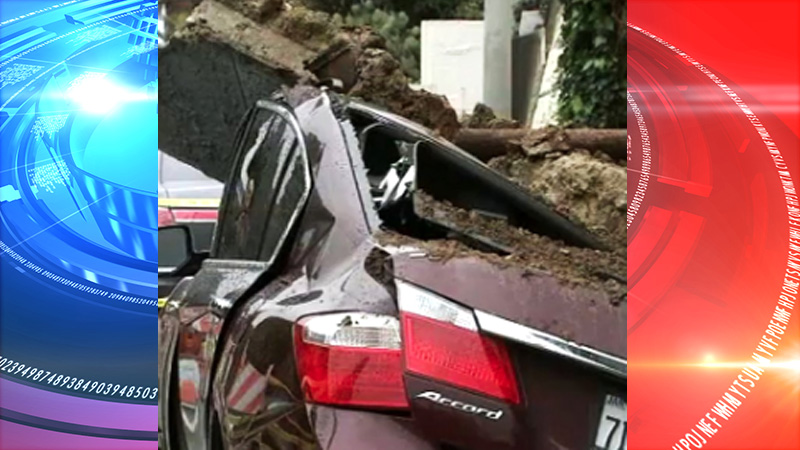 ECHO PARK, CA — A wall collapsed in front of a house in Echo Park Thursday morning and buried a car in chunks of concrete and dirt while causing a gas leak, but no one was injured.

A second vehicle was also damaged in the collapse, which was reported just before 6 a.m. in the 100 block of Douglas Street near First Street, according to Brian Humphrey of the Los Angeles Fire Department and reports from the scene.

Firefighters determined no one was injured and summoned Southern California Gas Co. and Los Angeles Department of Building and Safety personnel to the scene, Humphrey said.

The gas leak was plugged and the building later was red-tagged, according to a report from the scene.