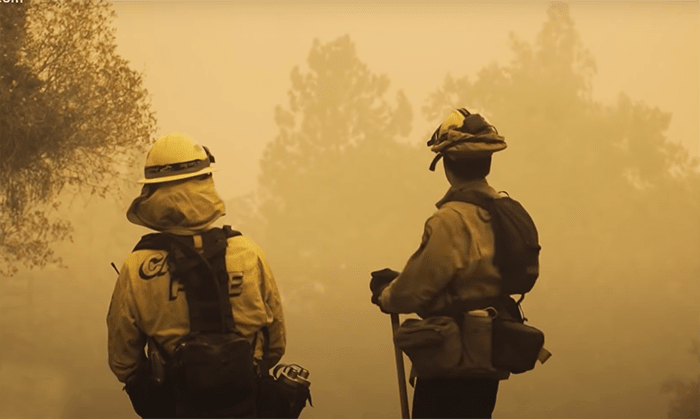 SEATTLE, WA — A combined smoke plume from wildfires burning in California and Oregon is moving northward and could reach the Seattle region by early Friday, forecasters said.

The Washington Smoke Blog, a partnership between state, county, federal and tribal agencies, is tracking a “super-massive body of smoke” that began filtering into Southwest Washington Thursday. According to the smoke alert, that plume is expected to impact Western Washington, the Columbia Basin, and Spokane as it pours through the region.

So far, the new smoke is not impacting air quality at ground level in most areas, but forecasts show air quality degrading to unhealthy levels or lower beginning Thursday night on the Peninsula, before moving across the I-5 corridor into Friday morning.

The state Department of Ecology told Patch that some overhead smoke had made it to the Olympia area by Thursday afternoon. Video shared by the National Weather Service showed visible smoke along the southern Washington coast by early evening, as air quality fell to the “very unhealthy” range around Hoquiam and Aberdeen. Current projections expect surface-level impacts in Puget Sound by 5 a.m. Friday.

Smoke from local wildfires has already reduced air quality for several days. Readings were in the unhealthy range in Seattle for much of Thursday, largely due to smoke from fires burning in Central and Eastern Washington. Air monitoring stations throughout King and Pierce counties showed air as “unhealthy for sensitive groups” in most other cities.

The National Weather Service extended a region-wide air quality alert into Monday, due to smoke continuing to move over the Cascades and the likelihood of impacts from Oregon. According to forecasters, it is not certain how thick the smoke will be or what the impact level will be on the ground. Conditions are likely to be worse during overnight hours, as calmer winds will allow for smoke to settle.

Ranil Dhammapala, an atmospheric scientist with the Department of Ecology, wrote Thursday afternoon that the pall of smoke had shifted only slightly northward, deteriorating air quality around Vancouver, Wash.

“The rest of southwest WA is ‘enjoying’ mostly Moderate air quality and a little relief from the heat as the smoke filters out the sunshine,” Dhammapala wrote.

While the state continues to monitor changing conditions, predicting when and where the smoke will hit hardest can prove difficult. Dhammapala said the department has been overwhelmed with requests for personalized forecasts and will share new details as much as possible. To plan for the wider impact of smoke, residents can view an online air quality forecast map that is updated daily.

“This is to be used as a general guideline only, not for dissecting with surgical precision the differences in air quality on one street and the next,” Dhammapala wrote.

Saturday is expected to be worse than Friday in many areas, with a few possible exceptions, and Dhammapala said clean air well be “a relative term” for most of the weekend.

Current air quality conditions can be found on the Puget Sound Clean Air Agency and Department of Ecology websites. Both agencies’ Twitter feeds also feature regular updates. More information on the smoke outlook will be posted on the Washington Smoke Blog.