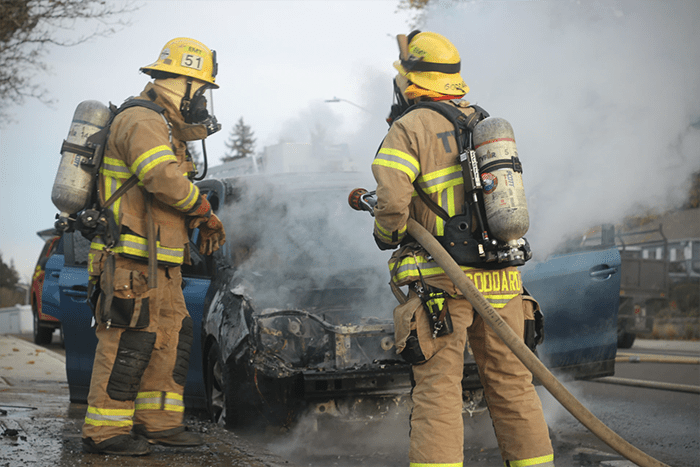 PHILADELPHIA — Several Philadelphia Police vehicles were set on fire early Monday morning across the city, according to multiple reports.

According to NBC10, five vehicles were damaged in the fires, which were quickly extinguished, and no one was hurt.

Police have been told not to leave vehicles unattended and have moved some cars into protected garages, according to Action News.

Police said a suspect is a white man who was wearing a flannel, backpack, and bandana while possibly riding a white Cannondale bicycle, according to Fox 29.

Several police vehicles were burned during recent protests and riots in the city. A 33-year-old Philadelphia woman is facing federal arson charges in connection with the burning of two police vehicles.