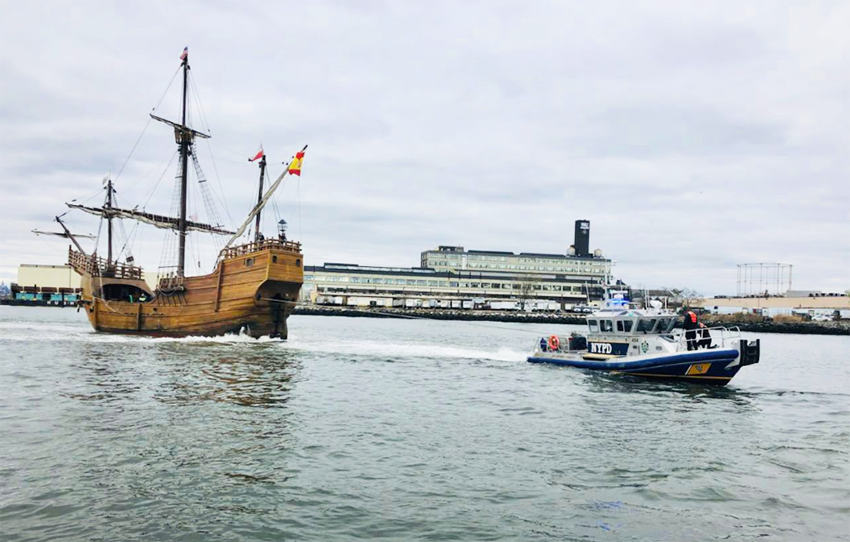 When the massive ship got stuck, NYPD quickly informed New Yorkers of the scene off the coast of Brooklyn, writing on Twitter: “Ahoy! Low tide helps stop a pirate invasion.”

The “pirate” ship was actually a replica of Christopher Columbus’ Santa Maria — one of the Italian explorer’s three ships that today travels the world’s ports to talk about Columbus’ history, a crew member told the New York Post. The ship will head to Baltimore for Halloween, the Post reported.

But nevertheless, the “pirates” were uninjured, and “no treasure was recovered during the investigation,” NYPD joked in a series of tweets.