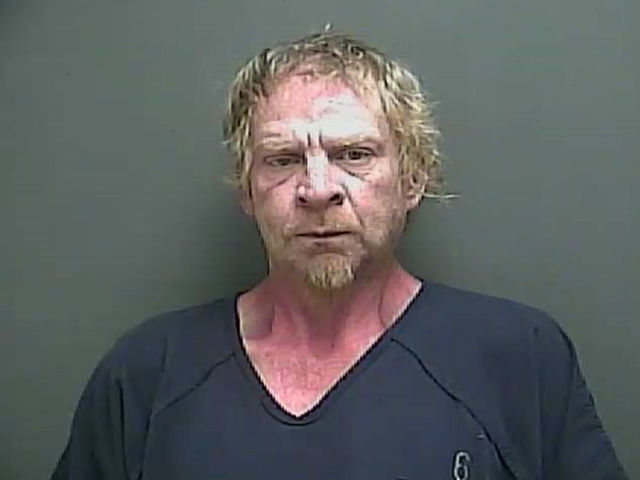 Mark Peselli, 46, was arrested Friday night for allegedly stabbing his prior tenant in Kokomo, Indiana. According to authority, deputies arrived at a home in the 500 block of Naphew Lane shortly before 11 p.m. Friday to find Joshua Suiter, 30, suffering from a stab wound to the abdomen. Suiter was a former tenant of Peselli, Suiter told authorities that he had gone to Peselli’s residence to confront him about dirty text messages he had sent his wife.

Suiter said an altercation ensued, during which Peselli stabbed him.

Suiter was lying on the grass holding a rag to his lower stomach. Suiter was transported to St. Vincent’s Hospital in Kokomo and later to a hospital in Indianapolis.

Peselli reportedly told police that Suiter has been harassing him and his wife ever since he had him evicted.

He said he felt intimidated and threatened when Suiter confronted him, and so he pulled out his pocketknife.

Peselli told police that the stabbing wasn’t intentionally, that it happened accidentally when he tried to push Suiter away.

According to police, when deputies arrived on scene Peselli began working toward them in a “highly agitated state.”

Police said Peselli ignored verbal commands to stop, at which pointed they deployed a Taser.

Peselli was arrested on a preliminary charge of resisting law enforcement and booked into the Howard County Jail.

As of Monday afternoon, Peselli was being held at the jail on a $10,000 bond.