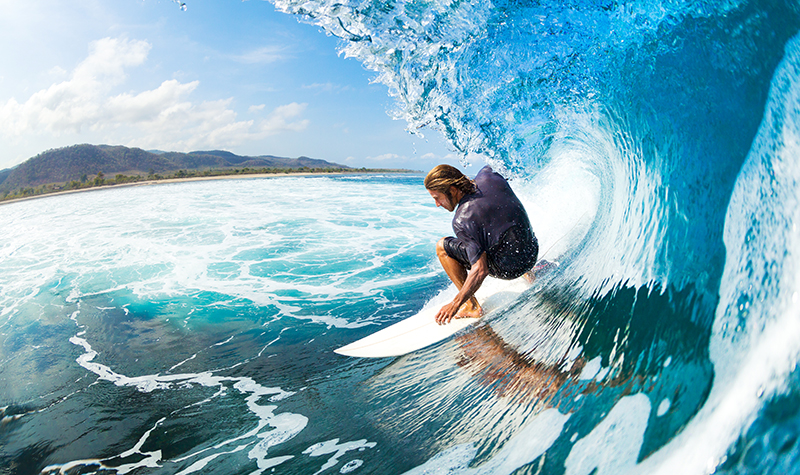 LOS ANGELES, CA — High surf will pound Southern California from Tuesday through Friday, and rain is forecast Wednesday and Thursday, raising the threat of rockslides and mudslides in areas of L.A. and Ventura counties recently denuded by wildfire, the National Weather Service said Monday.

A beach hazard statement, which is slightly less serious than a high surf advisory, will be in force along the L.A. and Orange County coasts from Tuesday afternoon through Friday evening.

“A strong storm system in the Gulf of Alaska has begun to generate a long period large groundswell that will approach the Central Coast of California by Tuesday afternoon,” according to an NWS statement. “There will be enough of a westerly component to filter into the Southern California Bight” — the coastline from Point Conception to San Diego — “late Tuesday afternoon or evening, bringing the potential for high surf to most west- to northwest-facing beaches from San Luis Obispo to Los Angeles Counties, including the west-facing side of Santa Catalina Island.”

In Los Angeles, Ventura and Santa Barbara counties … breakers will range from 6 to 12 feet with long-period swells from late Tuesday afternoon or evening through Friday evening, NWS forecasters said, adding that the peak time for the highest surf should occur Wednesday morning through Thursday morning.In Orange County, surf of 5 to 8 feet is expected.

“There will be a high likelihood of strong and dangerous rip currents along with the high surf,” warned an NWS statement. “Sneaker waves and other hazards can create life-threatening conditions in the surf zone. Swim near a lifeguard. If caught in a rip current, relax and float. Don’t swim against the current. If able, swim in a direction following the shoreline. If unable to escape, face the shore and call, or wave for help.”

The surf is expected to subside Saturday night.

Also expected this week is another bout of rainfall — likely Wednesday and Thursday. In L.A. County, the rain likely will start Wednesday night, forecasters said, and will fall amid gusty southwest winds.

Between a half-inch and 3 inches of rain is expected, forecasters said, adding there could be minor debris flows, urban roadway flooding and rockslides and mudslides in fire-denuded areas at the site of the Woolsey Fire in L.A. and Ventura counties and the Hill fire in Ventura County alone.

The NWS forecast sunny skies in L.A. County Monday and highs of 65 degrees in Palmdale and Lancaster; 66 on Mount Wilson; 72 in Saugus and Avalon; 76 in Downtown L.A., San Gabriel, Burbank and at LAX; 77 in Pasadena and Long Beach; and 79 in Woodland Hills. Temperatures will be a few degrees lower Tuesday, lower still Wednesday and dip down to the low 60s Thursday amid rain before climbing back to the mid-60s Thursday, remaining there through at least Sunday.

Sunny skies were also forecast in Orange County Monday, along with highs of 57 on Santiago Peak; 68 in San Clemente; 69 on Ortega Highway at 2600 feet; 70 in Laguna Beach; 73 in Newport Beach; 75 in Yorba Linda and Fremont Canyon; 78 in Anaheim and Irvine; and 79 in Fullerton and Mission Viejo. Orange County temperatures will fall by up to 5 degrees Tuesday, by a few more degrees Wednesday and drop to the mid 60s — a few degrees higher than in L.A. — amid rain Thursday