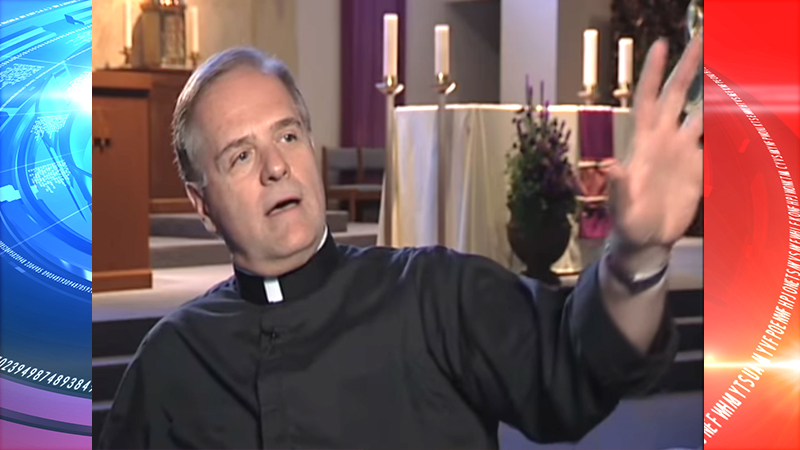 RIVERVIEW, FL — A Florida Catholic church has informed its parishioners that a well-known former priest who once worked as a stunt car performer in an automotive thrill show, has been accused of two cases of sexual misconduct with children. The allegations involve the Rev. Michael P. Juran, who was most recently assigned to the Diocese of Buffalo in upstate New York though still living in Florida.

“On Monday, April, 15, 2020 we received information from the Diocese of St. Petersburg regarding allegations involving Rev. Michael P. Juran, a former parochial vicar of St. Stephen Catholic Church from 2006 to 2011,” wrote Father Dermot Dunne in a Nov. 8 letter to parishioners of his western Florida parish.

In 2008, Juran appeared in a video in which he described his work with the thrill show, even allowing himself to be strapped to the hood of a stunt car at 60 mph as he crashed through a flaming firewall on the track.

“The faster you go the better and then it doesn’t hurt as much,” Juran told an interviewer. “Right through the firewall and then you come back and you take your bow.”

Dunne’s letter said Juran was living in the St. Petersberg area at the time the allegations were made. It was not clear when the alleged incidents took place or where.

A 2011 article that appeared in the Osprey Observer said Juran would be greatly missed at St. Stephen.

“His great teaching, humor, colorful experience and friendly style have won the hearts of the entire community,” the article said. “Father Mike has been ‘on loan’ here from his home diocese of Buffalo, New York. Associates usually serve a term of two to three years, and St. Stephen has been fortunate to enjoy his service for five years.”

Bishop Richard Malone of Buffalo placed Juran on administrative leave pending the outcome of an investigation, according to the Buffalo Diocese.

“He is not permitted to wear the clerical collar, nor may he function publicly as a priest nor present himself as a priest,” Dunne’s letter said, attributing the information to officials with the Diocese of Petersburg.

“St. Stephen Catholic Parish and School is committed to providing a safe environment for all of its children,” Dunne said in the letter. “We encourage students, parents and staff who become aware of abuse to report it immediately to law enforcement.”

“We pray that God may grant those affected by abuse in any way the courage to tell their story and seek healing,” the letter added.