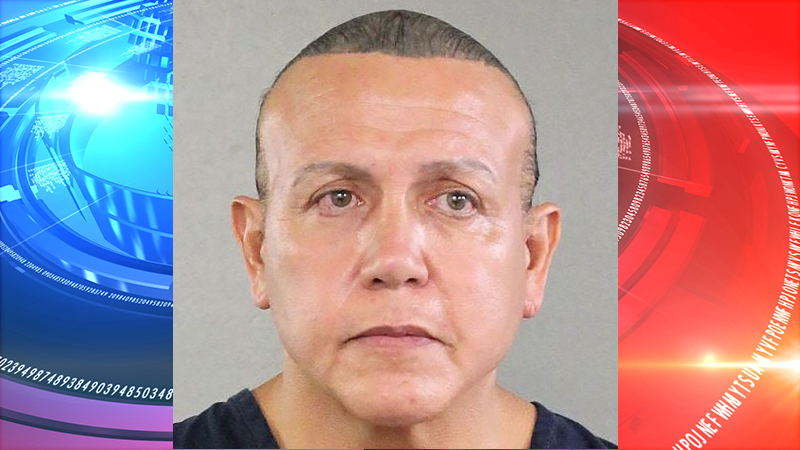 LOS ANGELES, CA — The Florida man accused of sending bombs to top Democrats, Trump administration critics and the media across the United States kept lists and other information that suggest he had more than 100 potential targets for his campaign of terror, including at least 15 in the Los Angeles region, it was reported Tuesday.

Law enforcement sources declined to identify anyone on the list, the Los Angeles Times reported. It’s possible other packages containing pipe bombs were sent to Los Angeles but officials don’t believe there could be many, a source told the newspaper.

So far only one package linked to Sayoc has been found in Los Angeles. It was addressed to Rep. Maxine Waters, D-Los Angeles, and was intercepted by authorities at Los Angeles’ central postal facility last week. Packages also were sent to Sen. Kamala Harris in Sacramento and billionaire anti-Trump activist Tom Steyer in Burlingame.

The outreach effort is based on new evidence seized from Sayoc’s van, which was plastered with pro-Trump posters and stickers vilifying CNN and many leading Democrats, The Times reported. The revelation about more potential targets came as the FBI responded to reports of another suspicious package found in Atlanta addressed to CNN. The FBI has warned that other devices may still be in the mail system.

An FBI SWAT team arrested Sayoc on Friday in Plantation, Florida, about 30 miles north of Miami, after the FBI said one of his fingerprints was found on a package containing a bomb sent to Waters. He has been charged with five federal crimes, including interstate transportation of an explosive and threatening a former president. He faces up to 48 years in prison.