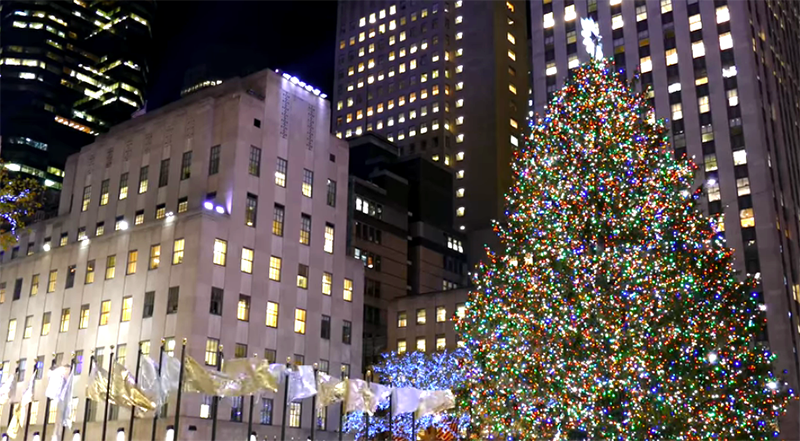 MANHATTAN, NY — The holiday season is kicking into gear in New York City, and one city institution has revealed details about one of the season’s biggest tourism draws.

Rockefeller Center will import a 72-foot-tall Norway Spruce from Walkill, New York to serve as its Christmas tree his year, the organization announced Monday. The tree will be brought to the city on Nov. 10 and lit on Nov. 28, according to Rockefeller Center.

We're excited to announce the hometown of the 2018 #RockCenterXMAS Tree! The 72-foot-tall tree hails from Wallkill, NY. The tree will arrive and be raised on the plaza on Saturday 11/10—mark your calendars! 🌲 https://t.co/xbR04l1wQL pic.twitter.com/5pQUUYIhL0

The 75-year-old tree has a 45-foot diameter and weighs an estimated 12 tons, Rockefeller Center announced. When the evergreen arrives in New York City a crane will lift it into place and it will be decorated with 50,000 multi-color LED lights. A brand-new Swarovski crystal star will top the tree.

This year’s tree lighting event will be free to the public and space is reserved on a first-come-first-serve basis. Those who’d rather take in the spectacle from their comfort of their living rooms can watch the annual NBC broadcast. The ceremony runs from 8–10 p.m. on Wednesday, Nov. 28.

The tree will remain lit until Jan. 7, Rockefeller Center announced.