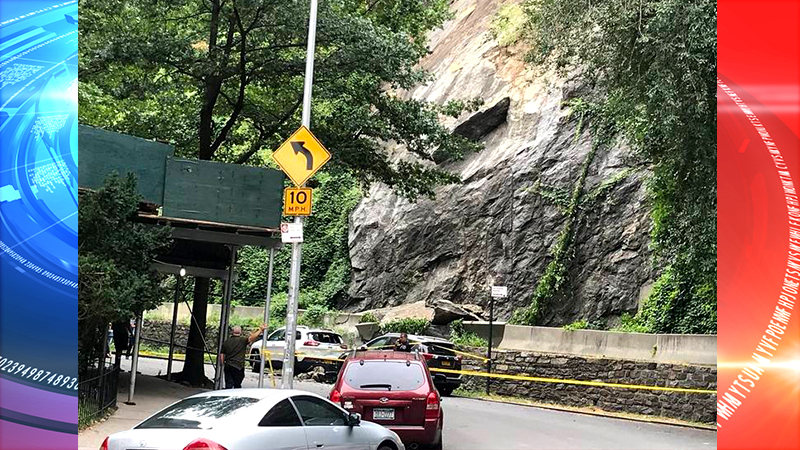 A fifteen-foot chunk of the natural rock face in Fort Tryon Park that overlooks Bennett Avenue detached from the rock wall and came down on two cars parked near the 190th Street A train station, a city Parks Department spokeswoman said. An initial investigation revealed that Thursday night’s weather exacerbated natural seams in the rock face, causing the large piece of rock to fall down onto the street.

The Parks Department will cordon off a stretch of Bennett Avenue as it determines whether the rock face poses any long-term danger, a department spokeswoman said. The rock wall was last inspected three years ago as part of the department’s wall inspection program.

Nobody was injured during the collapse, a city Parks Department spokeswoman said.