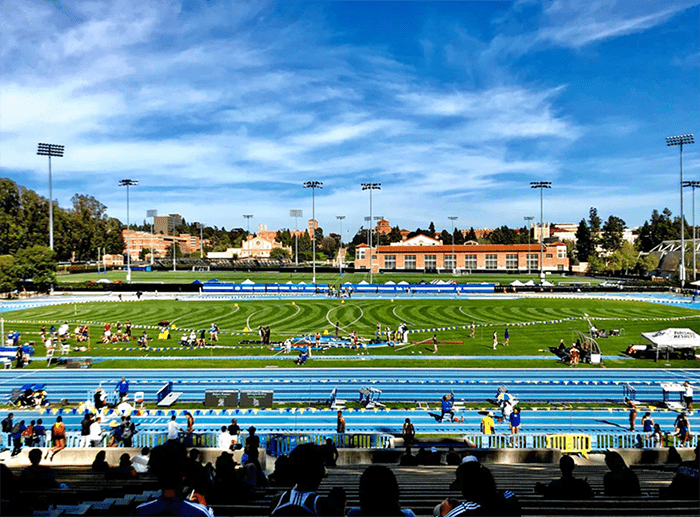 LOS ANGELES, CA — A California state audit revealed Tuesday that the University of California wrongly admitted at least 64 wealthy or well-connected students over the last decade. At least 22 students were falsely designated as student-athletes despite several coaches’ assertions that they lacked the talent to compete.

At these campuses, the majority of the fraudulently admitted students were white California residents with an annual family income upwards of $150,000.

On UCLA’s campus, at least four students were admitted under the false “student-athlete” guise.

The report revealed email conversations between a UCLA sports coach and the school’s development office, responsible for fundraising and more importantly, in this case, donor relations.

The UCLA coach advocated for a particular applicant’s admission on behalf of a donor.

“Although we found the applicant participated in high school in the sport for which they were recruited, we found that they were significantly less qualified than other recruits to the team, and they did not meaningfully participate on the team for UCLA,” Howle wrote in the report.

The Tuesday audit was particularly leveled at UC Berkeley for wrongfully admitting at least 42 applicants over the last several years based on their connections to donors, and staff while the campus denied admission to more qualified applicants.

One student in particular was accepted as an athlete based on a large donation made to Berkeley’s athletic department. Despite the coaches’ repeated assessment that the student “lacked the talent to compete.”

“These applicants were less qualified than many others for whom the campuses denied admission,” Howle wrote. “In fact, some of these applicants received the lowest possible scores on their applications.”

Howle further condemned UC Berkeley for failing to demonstrate campus leadership and “foster a culture committed to the university’s principles of fairness in admissions decisions.”

The audit comes in response to last year’s highly publicized national college admissions scandal, which triggered widespread outrage and a public call to end the wrongful and disparaging admissions.

And despite the university’s efforts to create an internal audit, the state found that the system has failed to put a stop to such heavily biased admissions.

“By admitting 64 noncompetitive applicants, the university undermined the fairness and integrity of its admissions process and deprived more qualified students of the opportunity for admission,” Howle wrote in a letter to Gov. Gavin Newsom and legislative leaders.

The UC system’s president, Michale V. Drake responded to a draft of the audit in August, assuring that the system would take “prompt action” to address the issue and noted that many of the recommendations are similar to other internal audits, many of which he said were implemented.

“I have zero tolerance on matters of integrity, and will do everything I can to ensure inappropriate admissions do not happen on any of our campuses,” Drake responded in a letter to Howle.

This is the second effort conducted by the Golden State to spotlight the university system’s disproportionate admission process. In 2016, the state auditor scrutinized the university for increasing the number of out-of-state students.