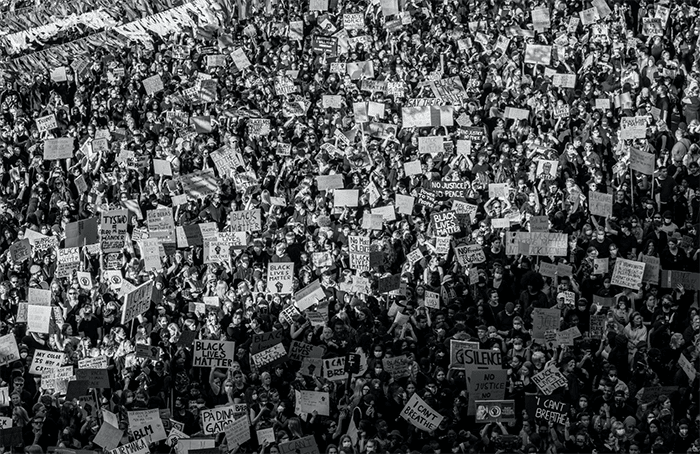 SEATTLE, WA — A lawsuit filed in Seattle on Friday accuses the city and the state of failing to protect protesters from injury and death amid ongoing protests against police brutality and systemic racism. The suit also alleges that the Seattle Police Department broke laws and violated the state constitution, as well as its own policies.

The 100-page suit, brought by Seattle law firms Stritmatter Kessler Koehler Moore and Cedar Law PLLC, represents dozens of protesters, including Daniel Gregory, injured in a shooting at a Capitol Hill protest in June, and Aubreanna Inda, who was hospitalized after being struck by a police projectile near the East Precinct.

The list of plaintiffs includes the family of Summer Taylor, a protester who died after being hit by a driver who sped through a crowd on Interstate 5 during a July 4 demonstration.

“This lawsuit is brought on behalf of peaceful protesters,” said Karen Koehler, one of the attorneys leading the lawsuit effort, during a news conference Friday. “These protesters did not attack the police, they did not commit violence, they did not loot. They are like 99 percent of the protesters who have tried to protest on behalf of Black Lives Matter. Their peaceful protests were met with the very thing they are protesting against.”

Allegations of specific violations include:

The complaint includes accounts of being hit with “crowd control weapons,” like blast balls and pepper spray, and compiles a long list of injuries at the hands of police. In the filing, attorneys argue police deployed disproportionate numbers of officers, used haphazard and improper force, targeted legal observers, journalists, and medical personnel, and infringed upon constitutional rights.

According to the Seattle Times, the Seattle City Attorney’s Office intends to defend the city against the claims, but the state has yet to review the lawsuit.