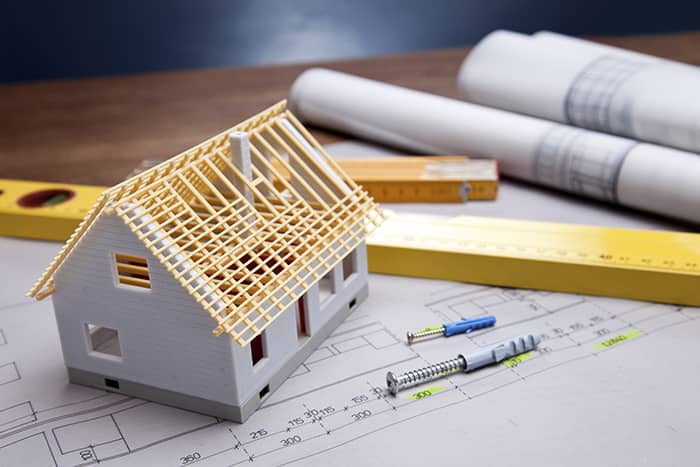 Whether you’re just trying to sell your home or a seasoned flipper, it’s likely you’ve thought about some DIY projects to fix up your home or make it more valuable. Overall, it’s a good idea if you have the extra money. This can be for homeowners looking to make their homes more profitable when selling or new homeowners who just want to upgrade their current abode. However, not all DIY projects are created equal. Some will end up just sucking up a bunch of money without producing a profitable end result.

If you’re thinking about upgrading a home, take a look at the worst DIY projects that suck up the most money below.

The Worst DIY Projects That Are More Costly Than Useful

DIY projects are a great way for homeowners to increase the value of their homes. Adding shelving or a new front door are great DIY projects that can bring you more return on your home than you invest. However, the worst DIY projects will quickly drain your budget without offering an added value to the home (or at least not enough to cover the costs). Take a look at the list below and do your best to avoid these costly projects.

Unless you absolutely need it, adding an additional bathroom can be a very expensive addition. Anything that needs plumbing work is generally cautioned against in DIY projects unless you’re a professional plumber.

Besides the plumbing aspect, it’s a very costly addition that doesn’t seem to add much value to homebuyers. Does the house really need a half bath in the basement or hallway? Probably not. Your money would be better invested in a bathroom remodel, which is shown to increase the value of your home more than adding a half bath.

It may seem like a nice idea to expand your garage. The more storage space the better, right? Well, yes and no. The added storage space would be more appreciated inside than in the garage. The simple fact is, most buyers won’t even notice this addition and they probably wouldn’t care that much either way. Having a garage itself is a great asset; it doesn’t need to be larger. If you need to do something to your garage, your money would be better spent getting a new garage door or applying a fresh coat of paint over it.

Your windows might need a good cleaning but probably don’t need to be replaced or updated. It should be noted that this isn’t always the case. If you are expanding the size of the window to bring in more sunlight, this can usually bring a greater return of investment but still not likely enough to cover the costs of installing them. Another good investment with windows is making them more insulated but this still doesn’t offer a high enough return to bother with it.

While updating your flooring can increase the value of your home, this isn’t likely to happen in a DIY project. When homeowners were surveyed about the most regrettable and worst DIY projects they took on, out of the top six, four involved flooring. Installing floor tiles, refinishing hardwood floors, installing carpet, and installing hardwood floors came in on that list at one, three, four, and six respectively.

It’s not that the addition or update isn’t valuable; it’s just a job that requires specialized tools. In the end, the floor may not look right or even function right and buyers will notice right away. You’ll likely have to call in a professional to fix the mistakes.

While this may seem like a practical addition, it’s often much more expensive than you’d imagine. After this costly bill, it’s just not something that potential homebuyers tend to notice or care too much about. In fact, for more millennials, which are the current top homebuyers, smaller is better. They aren’t looking for huge bedrooms to take care of. Space and money could be better utilized for something else.

A backyard patio can be a nice place to sit and enjoy the sunset or sit and catch up with old friends. While buyers may like the patio, it’s usually far more expensive to create than it will offer on return. It’s not something that is initially visible and is usually an afterthought to homebuyers. You could make better use of these funds by installing a screened porch instead, which can be a highly desired feature for millennial homebuyers.

Having an open floor plan is on the “want list” for many buyers. Therefore, knocking down a wall seems like the easiest way to achieve that. However, it’s extremely important to check with a contractor before swinging any sledgehammers. Have a contractor make sure the wall isn’t load-bearing. Knocking down a load-bearing wall can cause the ceiling to cave in and be very dangerous for anyone that happens to be standing around.

8. Avoid the Worst DIY Projects and Invest Your Money Elsewhere

It’s a great idea to upgrade your home or renovate it to increase the sale value. However, the worst DIY projects, like the ones listed above, will suck all of the money available and won’t even bring a noticeable return. You can do small DIY projects like painting the front door or garage door or adding new shelving in a room. It’s best to leave the more difficult projects like installing flooring or kitchen remodels to the experts.