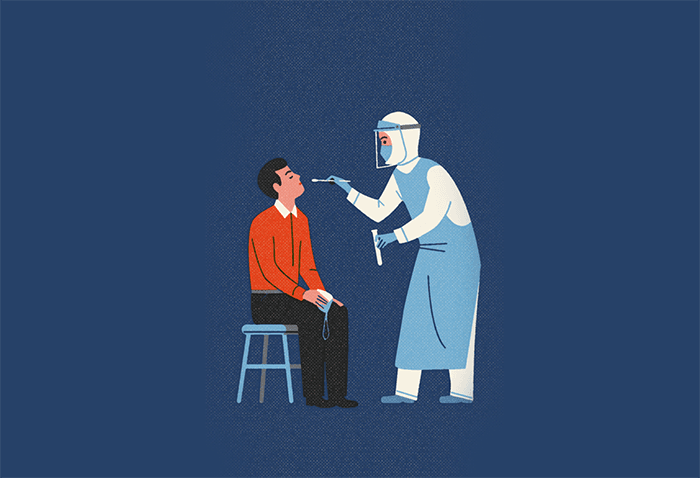 SAN DIEGO, CA — San Diego County recorded its highest number of daily tests during the COVID-19 pandemic for the third day in a row, and officials reported 139 new cases and two additional deaths, raising the number of new cases to 5,662 and the death toll to 209.

The 4,505 tests reported Saturday are more than Friday’s 4,055 tests and Thursday’s 3,998 tests, county health officials reported. County officials have said their goal is to complete 5,200 tests a day.

The 14-day rolling average percentage of positive tests is 4.2%, which meets one of the key metrics monitored by the county.

The two deaths reported Saturday were of a woman in her late 60s and a woman in her early 80s. Both victims had underlying medical conditions, officials said. A duplicate death was discovered in Saturday’s report, so the total number of deaths increased by one to 209, they said.

The number of patients requiring hospitalization is 1,085, and 329 patients had to be placed in intensive care.

The estimated number of people who have recovered is 3,633, officials said.

The county offered free tests in Southeast San Diego on Saturday at the Euclid Health Center at 286 Euclid Ave.

A walk-in testing site at the Tubman-Chavez Community Center at 415 Euclid Ave will open its doors Tuesday and has capacity for 132 testing appointments a day.

Applicants for the disaster relief fund locally can apply for a one- time sum of $500. A household will be limited to $1,000. Interested applicants can call 858-206-8291 to get more information.

Greg Cox, chairman of the county board of supervisors, said the county would begin to scale down its daily briefings, moving to a Monday/Wednesday/Friday schedule.

Lake Murray, Lake Miramar, and Lower Otay Lake Reservoir are now open for recreational activities. Residents will be allowed to walk, jog, fish, and boat in those areas in the city of San Diego. Parking lots will open at half- capacity in alignment with San Diego County guidelines.