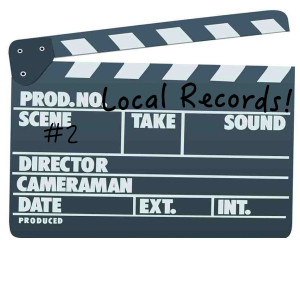 1) Q:  Where is the world’s largest stained glass window?

A:  The American Airlines terminal at the Kennedy International Airport in New York City has a stained-glass window that is 300 feet long and 23 feet high.

2) Q:  Where and when was the first motel introduced on the American commercial real estate scene?

A:  The first motel, appropriately named the “Motel Inn”, opened in San Luis Obispo in 1925.

3) Q:  What 6,500 seat American theater was the location for the scene where the original 1933 King Kong breaks his chains onstage?

A:  The famous Shrine Auditorium in Los Angeles built by the Shriners in 1906 to resemble an exotic Arabian mosque.

4) Q:  Where was the actual location of the fictional Genovian Consulate in the 2001 Disney comedy, “The Princess Diaries”?

A:  The historic Doheny mansion, located on the campus of Mount St. Mary’s College, near downtown Los Angeles.

5) Q:  What two streets near the Los Angeles Beverly Center were named for a famous husband and wife comedy team?

6) Q: What site discovered in 1965 is considered the world’s oldest known habitation?

A: The Terra Amata site in Nice, France has the remains of 21 huts belonging to the Acheulian culture from 400,000 years ago.

7) Q: What little-known folk remedy is said to help keep bats away from your home?

A: According to some rural homeowners, if you tar and feather a two-by-four board and place it in your yard, it will ward off bats!

8) Q: What has a tremendous impact on the U.S. economy, comprising between $10-$15 trillion of the nation’s wealth?

A: Real Estate–it goes through cycles, but still has a long-term record of strong investment return.

9) Q: What is the least affordable metropolitan housing market in the United States?

A: California’s Los Angeles-Long Beach-Glendale is currently rated as the most expensive metro area in the nation.

10) Q: What is the largest home in Hollywood?

A: The largest home in Hollywood is currently “The Manor” at 36,500 square feet, built by T.V. producer Aaron Spelling for $37 million.