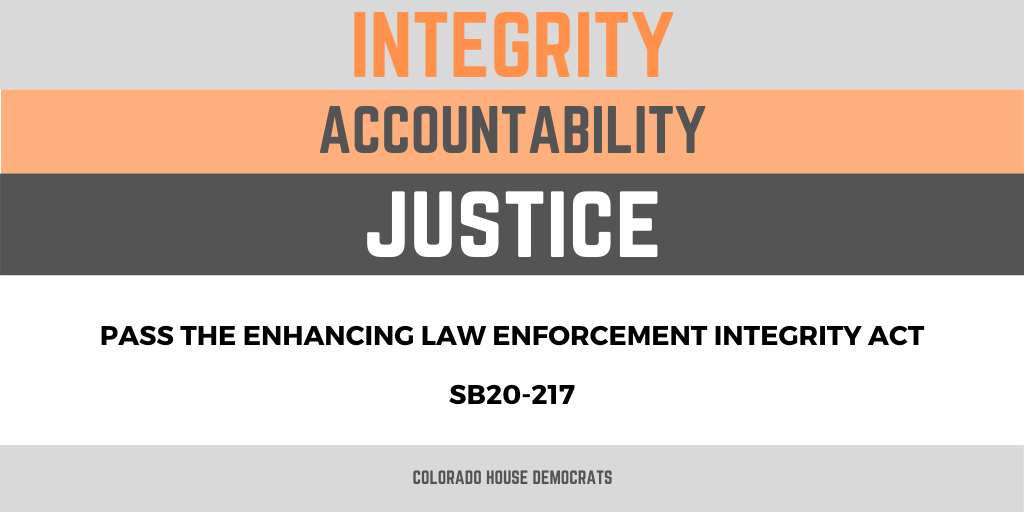 DENVER, CO — The Colorado House passed a police reform and accountability bill Friday amid nationwide protests against the death of George Floyd. The measure will now head to Gov. Jared Polis for approval.

The House voted 52-13 to pass Senate Bill 217, which would increase accountability and transparency within Colorado’s law enforcement system.

The families of Elijah McClain and De’Von Bailey were in the gallery during the vote after testifying at committee hearings for the measure.

The bill aims to strengthen the criminal legal standard for police officers who use excessive force. The measure explicitly outlaws the chokehold and protects protesters from police violence.

The bill would also remove the shield of immunity for prosecution from law enforcement found to have acted unlawfully, allowing officers to be sued individually.

The bill will require all law enforcement to use body cameras and to collect and report data on those who are stopped and searched.

“Prosecutors across Colorado join in the shared objectives of this bill that focus on responsible and meaningful police reform that will create safer and healthier communities for everyone in our state,” said Tom Raynes, the council’s executive director.

“We are highly appreciative of the extensive work of the sponsors and leadership in both parties. Following significant stakeholder engagement that vastly improved the bill from its original version, CDAC is now supportive of the legislation as amended. We also recognize the need to continue addressing many of these issues and are dedicated to being a part of those efforts.”

The bill will head to the governor’s desk. Polis said Tuesday that he supports the measure.