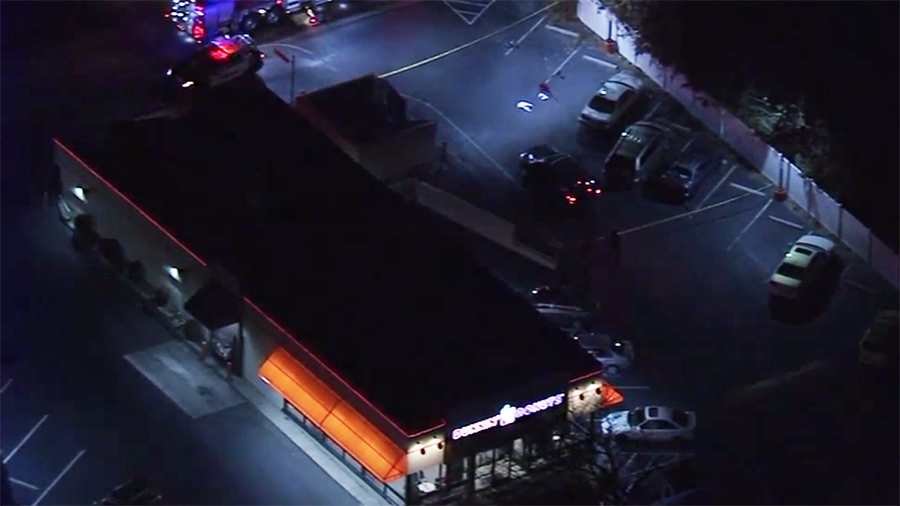 Phoenixville, PA – Police are investigating a drug scene, and searching for a group of males and a vehicle that was parked outside that is in connection with the shooting death of a teenager outside a Dunkin’ Donuts shop in Phoenixville, Pennsylvania.

Cameron was a freshman at Phoenixville Area High School and has been ruled as a drug-related homicide.

The police say the victim and other people planned to commit a robbery in the middle of a marijuana deal in the Dunkin’ Donuts parking lot. During the transaction, there was a disagreement and the victim was shot and killed.

Police stated around 7:15 p.m., a car with three to four people inside, including a shooter, arrived at Dunkin’ Donuts and circled the store before backing into a spot at the back of the parking lot.

Police claim that Ortiz-Cameron and his friends were in contact with the occupants of the car to set up a drug deal.

As the victim and his friends approach the vehicle, police say the conversation turned into a confrontation.

Police say one male in the car pulled a silver handgun and shot the victim. Those in the car had fled.

On Thursday the Police release the footage of the surveillance tapes.

Authorities are searching for the vehicle and the males involved, and those who were in the car described, as the driver a white male, and the passenger an African American with dreadlocks. Please come forward with any information to Chester County Detective Joe Walton at 610-344-6866 or Pheonixville Detective Pat Mark at 610-933-1180