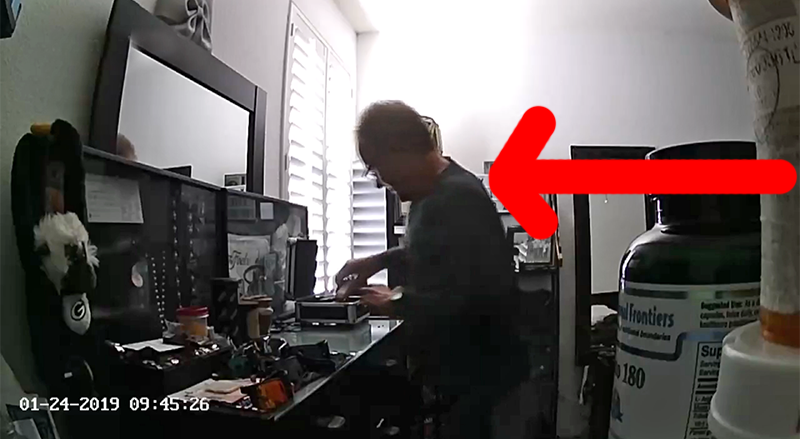 PINELLAS PARK, FL — An accused opiate pill thief fell victim to a trap his roommate had set up for him, according to reports. Jayme Ream, who had been prescribed pain pills, suspected his roommate, Peter Emery, of stealing his them.

The night of Monday, Jan. 21, Ream bought a camera and some laxatives, WFLA reported. He went home, opened his lockbox and switched out the opiates for the laxatives.

Police said Emery, 56, was seen on camera going into Ream’s lockbox and pulling out a hydrocodone bottle. He poured some pills into his hand.

“I couldn’t believe how quick he got in. He just basically, from the video, he just walked in,” said Ream, according to WFLA. “Had the code and he was in.”

Emery was arrested Thursday, Jan. 24. The police affidavit says he admitted to the arresting officer that he had taken the pills without permission. He got them out of the trash, the officer said, where he had thrown them when he learned they weren’t hydrocodone.

Emery had been convicted of theft twice before, police say in their report. Once arrest was in January 2014 and the other in November 2015.