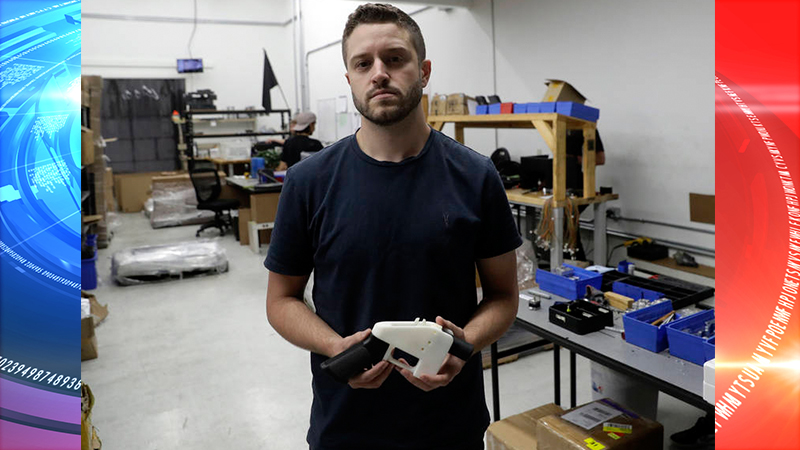 AUSTIN, TX – The Austin man who gained national prominence after plans to publish blueprints on the Internet to make plastic guns faces a charge of sexual assault after allegedly paying to have sex with a 16-year-old girl, police said Wednesday.

Commander Troy Officer of the Austin Police Department detailed the case against Cody Wilson at an afternoon press conference at police headquarters. He said an arrest warrant was issued for Wilson on Wednesday amid allegations he had sex with the minor after having met her via a site called SugarDaddyMeet.com.

Officer said a counselor notified police on Aug. 22 after the girl told her she had sex with a 30-year-old man a week before and was paid $500, according to police. The man later was identified as Wilson, Officer said.

Police said the girl’s story was later corroborated through video surveillance footage from the hotel that served as the rendezvous point as well as interviews with witnesses. Wilson later was identified by matching his driver’s license photo with images obtained of him in the course of meeting with the girl, Officer noted. Given the evidence, police issued an arrest warrant for Wilson on Wednesday, only to learn he had fled the country.

Officer said Wilson’s last known location was in Taipei, Taiwan, and he missed his return flight back to the U.S. The officer declined to say if Wilson intentionally fled the country, noting he often travels for business but allowed that Wilson was notified of the girl’s allegations by a friend of the victim prior to his flight.

Asked why a sexual assault charge was filed rather than sexual assault of a child, Officer said the former is a subset of the latter, suggesting the charge was filed toward a tactic of expediency. But he said other charges could be filed: “We’re still investigating, and there’s always the potential for other crimes to be charged. But we felt legally sound to file this particular charge.”

The girl told police she created an account on the website and began exchanging messages with a man who went by the screen name “Sanjuro,” police said. The two began to message online and later exchanged graphic photos of each other, according to police.

After meeting at a coffee shop, the two went to a local hotel to have sex, according to police. Wilson later dropped the girl off at a fast food restaurant after paying her $500 for sex, police said. While the girl wasn’t identified given her status as a minor and sexual assault victim, Officer said she lives in Central Texas.