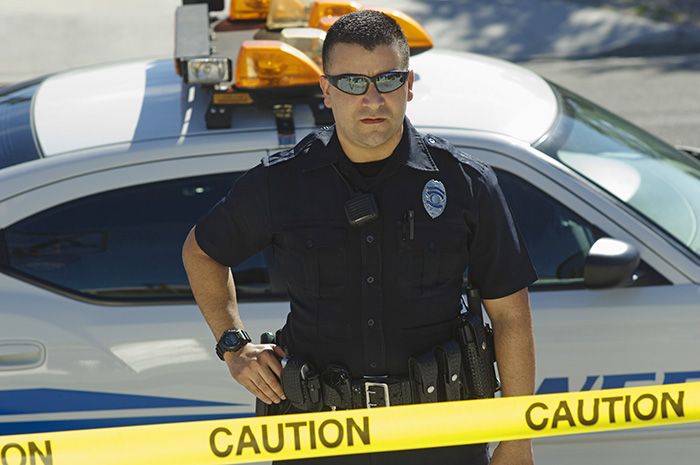 The holiday weekend is shaping up to be a critical time, and health officials are urging Angelenos to rethink plans for gatherings and backyard barbecues. The region’s outbreak has reached new highs this week, and officials worry about hospital bed capacity in the weeks to come.

Authorities believe the current spike could be traced back to Memorial Day weekend when residents flocked to beaches and newly reopened businesses after months of shutdown.

“Tomorrow we’ll be making some additional announcements on efforts to use that `dimmer switch’ that I’ve referred to and begin to toggle back on our stay at home order and tighten things up,” Newsom said. “The framework for us is this — if you’re not gonna stay home and you’re not gonna wear masks in public, we have to enforce, and we will and we’ll be making announcements on enforcement tomorrow.”

Los Angeles confirmed another 2,779 coronavirus cases Tuesday, and the number of COVID-19 patients continued to creep toward 2,000. The trend continues to pressure on the Los Angeles County hospital system. Long Beach announced another 321 cases Tuesday. The new cases lifted the countywide total to 103,850. Tuesday’s deaths brought the county’s overall total to 3,371.

Public health officials warned Monday that the spiking numbers of coronavirus cases could cause the county to run out of hospital beds in the next two to three weeks, and out of intensive care unit beds potentially sooner.

As of Tuesday, the county was reporting 1,783 people in hospitals due to the virus, continuing an upward trend that has seen the number jump by more than 400 over the past month.

As of Tuesday, about 9% of the more than 1.1 million people tested in the county have tested positive. The increasing short-term positivity rate has been on the rise, raising further concerns in the county about spiking numbers and the possibility of an overwhelmed health system. The seven-day average of the daily positivity rate has increased from 5.8% two weeks ago to 8.4% as of Monday.

Health officials on Monday said new statistics indicate that on average, one in every 140 people in Los Angeles County is infected with COVID- 19 and capable of spreading it to others, likely without having any symptoms or even knowing they are carrying the virus. That figure is up dramatically from last week when the estimate was one in every 400 people.

“What this means is that Angelenos in the activities of daily living when they go out are very likely to be in the locations or near persons who are currently infectious, and in fact, a large typical store is likely to have multiple infectious persons enter the shop every day,” Dr. Roger Lewis, who leads the county’s statistical modeling efforts, said Monday.

Some pundits have attributed the rise in overall cases to increases in testing, but county officials said repeatedly in recent days that the metrics clearly demonstrate an increase in community spread of COVID-19, the disease caused by the coronavirus.

Health officials said Friday that cases affecting younger people between 18 and 40 have jumped by 42% over the past two weeks, making that age group the driving factor in the increases.

Overall, 83% of restaurants were found to be in violation of some aspect of the operating guidelines, as were 65% of retail stores.

Ferrer said one Los Angeles business was shut down over the weekend because more than 150 people were found to have tested positive. She did not name the business, but statistics posted on the county’s website confirm the business was LA Apparel, which has three adjacent factories on 59th Street in South Los Angeles. According to the county, there were 23 confirmed virus cases at one of the facilities, 61 at another and 67 at the third.

The company’s owner told NBC4 Tuesday he was working to get the business reopened.

Gov. Gavin Newsom on Sunday ordered all bars closed in Los Angeles County, and he hinted Tuesday that more statewide restrictions could be on tap in an effort to prevent an explosion of virus cases over the Fourth of July holiday weekend. He also said he may announce stepped-up enforcement of the state’s requirement that people wear masks while in public.

Los Angeles County announced Monday that all of its beaches will be closed over the holiday weekend in hopes of preventing large gatherings. County Sheriff Alex Villanueva, who is embroiled in a continuing budget battle with the Board of Supervisors, suggested Monday his agency might not enforce the beach closure order.