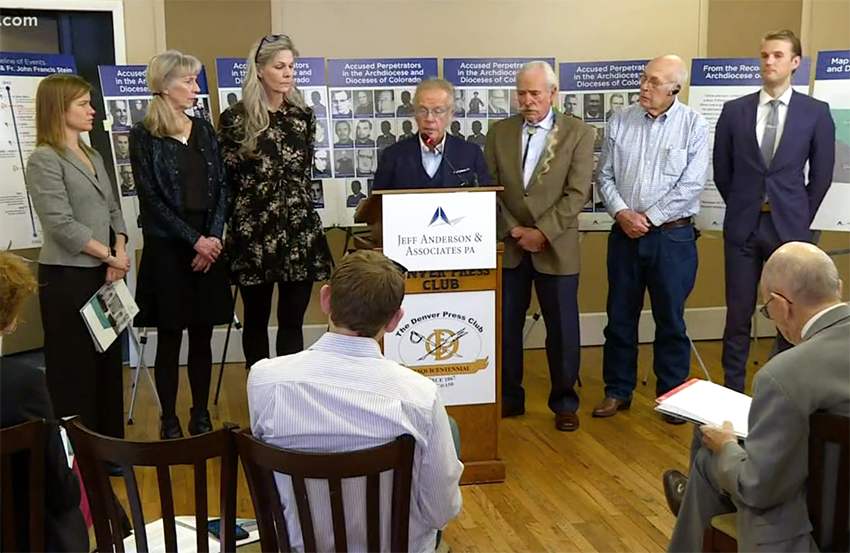 DENVER, CO — More than 100 Colorado Catholic clergy members are accused of sexual abuse in a new report published by a law firm that represents sexual abuse victims in the United States. The firm’s report was published several weeks after a long-awaited document on sexual abuse cases was released by the Colorado Attorney General’s Office.

Attorney Jeff Anderson said the attorney general’s report, which names 43 priests who are accused of assaulting at least 166 children, is “far, far from complete in revealing the true peril.”

Anderson’s law firm, which is based in Minnesota, held a news conference Wednesday with survivors of abuse by Catholic priests. One of the survivors, John Murphy, said he and his two brothers were molested by a clergy member at a camp in the 1950s.