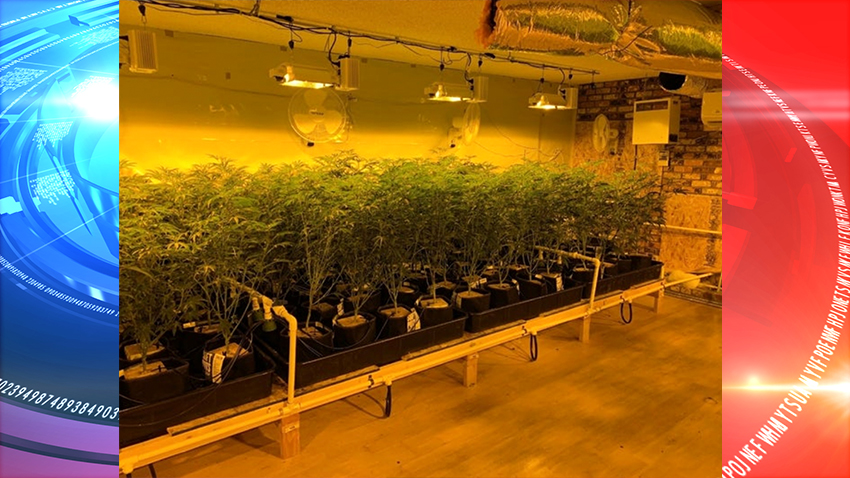 DENVER, CO — United States Attorney Jason R. Dunn announced today that Huanyu Yan, age 54, and wife You Lan Xiang, age 50, both of Aurora, Colorado, were found guilty of marijuana cultivation following a four-day jury trial before U.S. District Court Judge Raymond P. Moore. Both defendants appeared at the trial free on bond. After the guilty verdicts were handed down both defendants were taken into custody and were remanded pending sentencing, which is scheduled for February 24, 2020.

According to court documents as well as evidence presented at trial, on October 10, 2018, the Drug Enforcement Administration, North Metro Task Force, and the Aurora Police Department executed a federal search warrant at 20050 East Doane Drive in Aurora, Colorado. A search of the house revealed large-scale illicit marijuana grow operation in the basement of the house, with 878 marijuana plants.

The basement also contained 9.72 pounds of finished marijuana products. According to testimony at trial, the yield of all the plants in the basement would have been enough to create approximately 150,000 marijuana joints. Both defendants were convicted of

“This is an important verdict for the people of Colorado, who’ve been overrun by black-market marijuana,” said U.S. Attorney Jason Dunn. “This verdict sends a strong signal to anyone growing black market marijuana in Colorado that they can’t hide.”