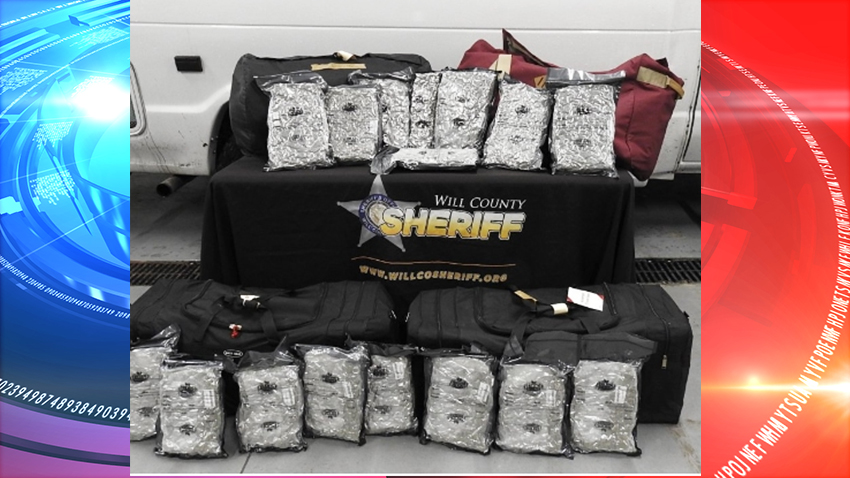 JOLIET, IL — A 64-year-old California man is detained in the Will County Jail on drug trafficking charges and the 190 pounds of marijuana that was found in his recreational vehicle has been confiscated by the Will County Sheriff’s Department, authorities announced.

The traffic stop of Michael Glenn Silliman happened at 8:30 a.m. along I-80 near Briggs Street, police said. A Will County Sheriff’s vehicle parked along I-80 spotted the California RV “with the windshield wipers turned on because of the rain but the vehicle did not have its headlights on as required by law,” police stated.

Silliman, who hails from Huntington Beach, CA., was driving alone and told police he was coming from California to visit friends, according to police. Eventually, the Will County Sheriff’s Police searched his RV and police say they found 190 pounds of marijuana, 1 THC vape pen, 6.1 grams of meth and a meth pipe.

Authorities said the marijuana has a street value of $600,000.

Silliman was set to have a bail hearing on Tuesday at the Will County Courthouse.

He was arrested on charges of possession of more than 5,000 grams of marijuana, cannabis trafficking and possession of fewer than 15 grams of meth, Will County police noted.