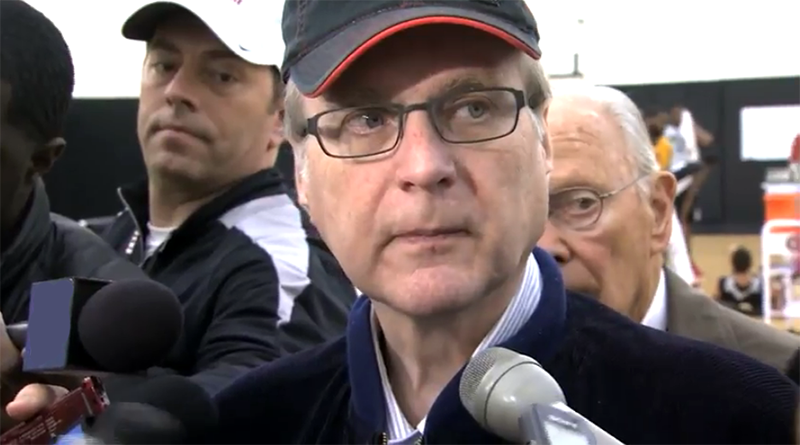 SEATTLE, WA – Paul Allen died Monday in Seattle at age 65, and the billionaire Microsoft co-founder and science fiction geek leave behind a remarkable legacy – on the town he called home and the world. Allen died of non-Hodgkin’s lymphoma, a disease he had beaten two times before, but one that did not slow his innumerable ventures, from owning NFL and NBA teams to owning a mega-yacht.

In his 65 years, Allen lived an incredible life, helping to popularize personal computers and pushing the Seahawks to win a Super Bowl. He died as one of the richest men in the world, worth some $20 billion, but was also a generous philanthropist, funding arts and culture programs, and scientific research, among other causes.

Born in Seattle in 1953, Allen’s parents worked at the University of Washington library. Allen attended the prestigious Lakeside School, where he met Bill Gates. While at Lakeside, the pair were fascinated with computer programming, which would inspire their founding of Microsoft.

After high school, Allen briefly attended Washington State University before dropping out to work for Honeywell outside Boston. At the time, Gates was attending Harvard. Allen convinced his friend to drop out of Harvard to start Microsoft in 1975.

Allen and Gates’ Microsoft brought personal computers to the world. They founded the company in Albuquerque but later moved to Bellevue.

“Personal computing would not have existed without him,” Gates said Monday, adding that he was heartbroken over the loss of his old friend.

“Paul mastered the nascent technology of mainframe computers and went on to lead a revolution. His success made him a member of the elite club of visionaries who truly changed the world, and his passions fueled a second career as one of the greatest philanthropists of all time,” King County Executive Dow Constantine wrote in a statement Monday.

Worth an estimated $20.3 billion, Allen worked at Microsoft for less than a decade. He left after eight years because he was diagnosed with Hodgkin disease. He was diagnosed with non-Hodgkin’s lymphoma in 2009, and the disease returned last month, according to Vulcan.

But most people know him as the man who helped rebuild the struggling Seattle Seahawks, helping the team win a Super Bowl.

Allen was a big fan of science fiction and rock music. He created the MoPOP museum, which holds artifacts from rock music, like one of Kurt Cobain’s smashed guitars. Allen refurbished Seattle’s Cinerama, one of the few theaters in the world that shows 70mm and three-panel films. The lobby is full of pieces from Allen’s personal sci-fi memorabilia collection, including uniforms from “Star Trek” and “Blade Runner.”

“He brought us a Super Bowl championship, a reverence for Jimi Hendrix, and a vision for Seattle that today is home to some of the world’s most innovative biotech research and has been the cradle of the city’s economic boom,” Gov. Jay Inslee said in a statement Monday.

Even with so many accomplishments, it was rumored that Allen was happiest when he was playing electric guitar. Quincy Jones said Allen “sings and plays just like Hendrix.”

Allen’s sister, Jody, remembered her brother as someone who was eternally busy – but always made time for family.

My brother was a remarkable individual on every level. While most knew Paul Allen as a technologist and philanthropist, for us he was a much loved brother and uncle, and an exceptional friend.

Paul’s family and friends were blessed to experience his wit, warmth, his generosity and deep concern. For all the demands on his schedule, there was always time for family and friends. At this time of loss and grief for us – and so many others – we are profoundly grateful for the care and concern he demonstrated every day.”