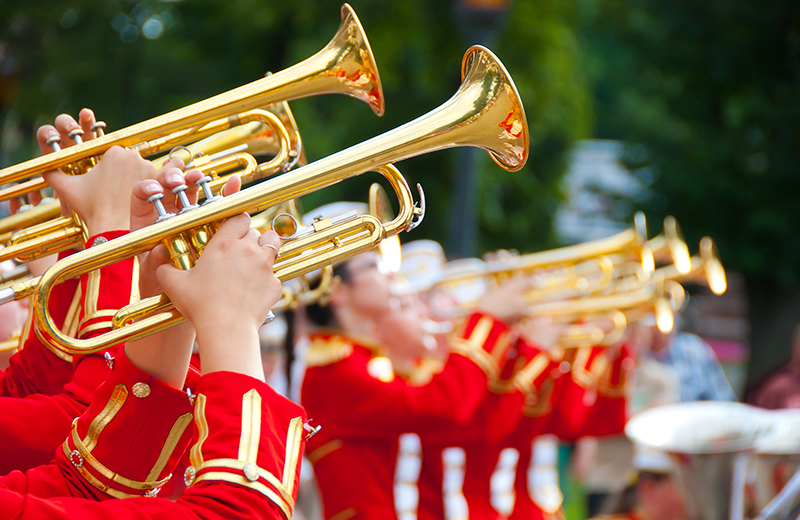 FRANKFORT, IL – There’s something very appropriate that the theme to the 2018 Frankfort Fall Festival is “Escape to Paradise.” For the hundreds of thousands of people who have attended the festival annually, this three-day artisan showcase over the Labor Day weekend has been a little slice of heaven on earth for the past 50 years.

The festival — which officially runs Saturday, Sept. 1, through Monday, Sept. 3 — attracts nearly 300,000 visitors and more than 300 artists and vendors from around the country annually, turning Frankfort’s downtown into a city-within-a-city. Booths selling everything from jewelry, glassware and pottery to clothing, pet accessories and fine art fill Kansas Street, from White to Hickory streets, and jam the Grainery parking lot.

While the artisans might be the main attraction, the festival also has built a reputation for the entertainment offered. That includes live music, carnival rides and an annual parade.

The Carnival
Sponsored by the nonprofit Frankfort Fire District Foundation, the Fall Festival’s carnival features rides and attractions in the paved lot at Kansas and White streets. It begins three days before the event officially kicks off.

Where: The parade begins at Pacific and Maple streets, moving east on Pacific, north on Oak Street, east on Utah Street, north on Ash Street, west on Nebraska Street, and it ends on Locust Street.

Grand Marshal: Marla Krippel, a longtime Frankfort Chamber of Commerce staffer who has worked at the chamber for two decades, will be the parade’s grand marshal this year.

Food Court
Village nonprofit groups and businesses will work together to offer various menu items during the festival. Here are the organizations serving food this year at the food court in the Breidert Green parking lot:

Parking and Shuttle Service
Festival parking is available at LaGrange Road and Nebraska Street for a $10 donation to Frankfort Boy Scout Troop 270, which operates the lot. The distance from the lot to Frankfort’s downtown is about a half mile using sidewalks or Old Plank Trail.

A shuttle service also runs from the lot to the festival, with the drop-off and pickup areas at Prairie Park at White and Elwood streets. The shuttle operates continuously from 9 a.m. to 8 p.m. Saturday, Sept. 1, and Sunday, Sept. 2, and from 9 a.m. to 6 p.m. Monday, Sept. 3.

A disabled parking area is at the Trolley Barn lot at Nebraska and Center Road for a $10 donation to Operation Playground, a nonprofit group that helps create parks in the village. Proper vehicle permits must be displayed to park in the lot.

Bicycle Corral
Bicyclists can leave their bikes at the corral off of White Street, next to Old Plank Trail and the Fall Festival carnival. The corral is run by the Old Town Homeowners Association, and it costs $2 for bikes and $1 for inline skates.

Weather Forecast
Wednesday: Mostly cloudy, with a 50 percent chance of thunderstorms. Highs near 78 and lows around 59.

Thursday: Sunny. Highs near 75 and lows around 58.

Friday: Mostly sunny, with a chance of thunderstorms after 1 a.m. Highs near 81 and lows around 66.

Saturday: Mostly cloudy, with a chance of thunderstorms. Highs near 82 and lows around 66.

Don’t Forget …
The information booth is at Kansas and Oak streets. Volunteers will continually staff the booth and answer questions. Visitors also can pick up maps, guidebooks and fans.
The first aid station will be open from 9 a.m. to 6 p.m. all three days at North White Street and the Old Plank Trail. Lost children and parents should look for volunteers in yellow Frankfort Fall Festival shirts or go to the Frankfort Chamber of Commerce, 123 Kansas St. Lost and found items also will be at chamber offices.
Except for service animals, no pets are allowed at the festival.
Three ATMs will be available around the festival: main North Oak Street entrance to the Beer and Wine Garden; Old Plank Trail main entrance at West Kansas Street; and carnival entrance on White Street.