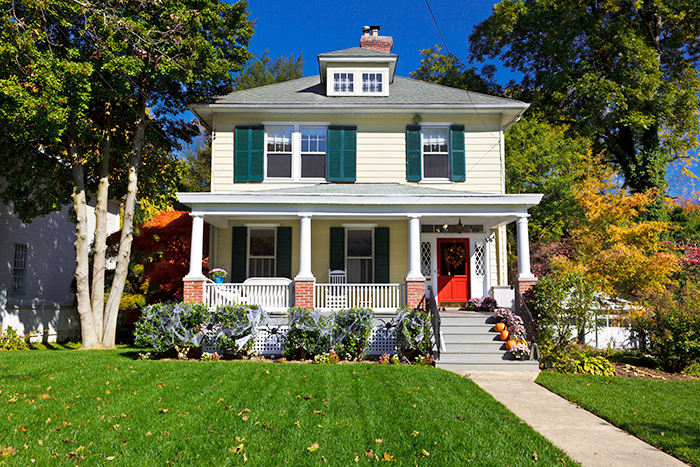 When you leave the nation’s heartland and head to the coasts, costs can skyrocket. Five of the ten most expensive cities we found are in California, and four are on the East Coast. The tenth city is located outside the contiguous 48 states.

We compiled our list based on the Council for Community and Economic Research’s calculations of living expenses in 307 urban areas.

Its Cost of Living Index measures prices for housing, groceries, utilities, transportation, health care, and miscellaneous goods and services. We screened out cities with populations below 50,000.

And because we wanted to pinpoint specific cities with the highest living costs, we also omitted pricey counties with multiple large population centers, such as Orange County, Calif., and Nassau County, N.Y.

Beverly Hills shopping sprees aside, living in L.A. is surprisingly affordable on many fronts. Health care, groceries, and utilities don’t cost much more than is typical for the nation as a whole.

That’s good news considering that household incomes fall slightly below the norm. However, transportation costs are 12% above average — think about all of the gas wasted in the city’s infamous traffic jams — and housing expenses are nearly double the national average.

The median home value in L.A. is more than half a million dollars.

The sun, surf, and sand might be free in San Diego, but you pay a stiff price to live near it all.

Household incomes are well above the norm, which helps offset higher living expenses, and utilities actually come in 3% below average. Some residents across the border into Tijuana in search of cheap fun and bargain shopping.

Cost of Living: 35% above average

Like much of California, Oakland is plagued by pricey real estate. Housing expenses are double the national average, a heavy burden considering that household income falls below the U.S. median.

A T-bone costs 19% more in Oakland than in a typical U.S. city. That’s one of the highest steak prices among the 307 urban areas surveyed.

While by no means cheap, the capital of Massachusetts sports the most affordable housing expenses and home values among our top ten expensive cities.

That’s a nice perk for Bostonians, who enjoy big-city benefits, including renowned universities, art collections, and historic sites. But what residents save on housing, they spend elsewhere.

At 2.5 times the U.S. average, housing expenses in the nation’s capital can be onerous. Good thing there are almost 183,000 millionaire households in the greater Washington area — the fourth-highest total of millionaires, after New York, L.A., and Chicago — who can afford the inflated rents and mortgage payments.

For those with more modest bank accounts, near-normal prices for other goods and services, including health care, transportation, and utilities, help lessen the sting of D.C.’s real estate market.

There’s good reason Stamford has the second-highest concentration of millionaire households in the country.

Housing costs are double the national average, and other living expenses run anywhere from 17% to 32% above average. But the median household income is second-highest on our list, and the easy commute into New York makes the Connecticut city a much more affordable alternative to the Big Apple.

Because while housing is indeed expensive, it still runs less than half what it costs to live in Manhattan

What makes this city in the heart of Silicon Valley so expensive? Everything. Groceries and utilities exceed the national average by more than 20%, and health care expenses are nearly 20% above the norm.

But as in most super-pricey cities, real estate is the real killer. Housing costs, at more than 2.5 times the national average, top everywhere else except New York and San Francisco.

San Jose has the highest median household income on this list, which helps residents keep up with the big bills.

Living expenses in San Francisco can be as steep as the city’s famed hills. Housing costs, at nearly three times the national average, are the main culprit.

The median value of a home in San Francisco is by far the highest on our list of expensive cities, beating out runner-up San Jose by a whopping $161,900.

Cost of Living: 67% above average

Hawaii has many positive attributes — the beaches, the luaus, the world-class surf — but the inflated cost of living isn’t one of them.

The state’s remoteness means residents pay a premium for just about everything. Utilities in Honolulu run 67.6% above average; groceries, 58.1%; and transportation, 27.8%.

More specifically: Gasoline costs 21% more than average, and a dozen eggs command 73% more. Housing expenses in the state capital are 2.5 times what’s typical for the rest of the U.S.

If you can make it here, you can make it anywhere. New York takes the top spot on our list of the most expensive cities, thanks in large part to its famously exorbitant real estate market.

Housing costs in Manhattan, New York City’s most expensive borough, are 4.5 times the national average. Even in Brooklyn, they are nearly 3.5 times the norm; in Queens, more than double.

The financial pain doesn’t stop there. Steep commercial rents and distribution costs mean groceries run more in New York than just about anywhere else in the U.S. Consider this: A T-bone steak from a Manhattan grocer averages $15.52.

In Harlingen, Texas, the cheapest place to live in America, the same steak goes for $8.34.