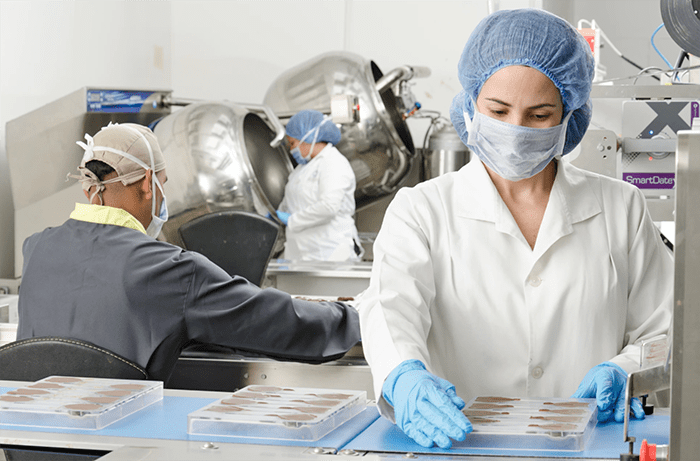 In Region 11, which is solely made up of Chicago, the number of coronavirus tests that came back positive increased from 5.1 percent to 5.2 percent over the course of the week. During the same period, the number of people admitted to the city’s hospitals with symptoms of the virus increased. The city began the month with a 4.9 percent positivity rate.

A rate below 5 percent indicates an adequate number of tests are being conducted, according to Johns Hopkins University. Illinois officials have set a threshold of 8 percent positivity for new regional restrictions to kick in.

That happened for the first time this week in the Metro East area after Region 4 saw its positivity rates exceed the threshold for more than three consecutive days. The new restrictions mean bars, restaurants and casinos must close by 11 p.m., no one may congregate at the bar, and reservations are required, while gatherings will be capped at 25 people, among other things.

Illinois Department of Public Health Director Dr. Ngozi Ezike said Monday there are multiple indicators that the virus is circulating more widely in the community.

“Region 4 is the first of the 11 regions to reach resurgence criteria, but we hope it will be the last,” Ezike said. “By implementing additional mitigations, such as decreased indoor capacities and limiting hours, we hope to reduce the spread of the virus in the Metro East, and also help prevent an increase in cases, hospitalizations, and death in other regions of the state.”

Other than three days with average coronavirus positivity rates above 8 percent, restrictions can also be triggered by a combination of seven days out of the past 10 with increasing positivity rates — plus either a decline in hospital bed capacity below 20 percent or an increase for seven of the last 10 days in the rounded average number of new hospital admissions with “COVID like illness.”

As of Thursday night, there were 1,526 people hospitalized with COVID-19 across Illinois, according to the state health department. Of those, 351 were in intensive care and 121 were on ventilators.

In Chicago, a daily average of 18 people was newly hospitalized with coronavirus symptoms, two more people a day admitted to hospitals than a week earlier. The percentage of available surgical beds stayed the same, while the percentage of beds in intensive care units that are available increased by a percentage point.