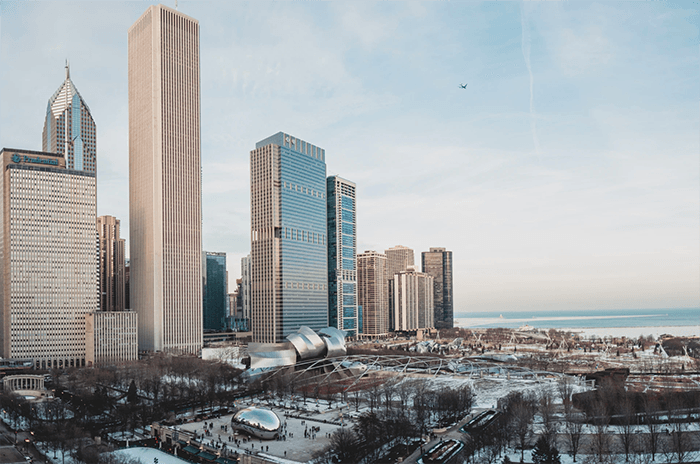 Gov. J.B. Pritzker publicly criticized the movement’s language skills at a protest march he crashed to get his picture taken with black people amid civil unrest over the police-involved death of George Floyd in Minnesota.

“I would not use those words to describe what they’re actually talking about,” he said.

The governor told reporters that protesters’ call to defund police was “poor use of words to describe what many people really want.”

What “they” really want, Pritzker said, “is a fundamental change in the way that police operate.”

The call to defund police isn’t just about police reform. It’s a demand for government to build up black communities devastated by generations of disinvestment and neglect rather than spending billions on a law enforcement system modeled after slave patrols that have been shown to racially profile, brutalize and murder African Americans.

More than that, though, the governor’s comments are just the latest example of Pritzker responding to a crisis in the black community with political spin to grab a headline and make it appear he cares about their plight.

In April, when public health data started to show the coronavirus was killing a disproportionate number of African Americans, Pritzker quickly announced he had a solution for that too — an immediate boost in testing his administration didn’t have the supplies or ability to deliver.

Black state lawmakers had to pressure Pritzker’s administration for weeks before African-American ZIP codes with the highest infection and death rates got testing sites.

Now, amid civil unrest over the disproportionate number of black people racially profiled, brutalized, and killed by police departments, the governor’s message is to tell protesters that he knows better than them what they want — more “accountability.” The governor told reporters he’s already working on a reform idea originally floated by former state Sen. Tim Bivins, a white Republican, that was recently revived by Attorney General Kwame Raoul, a black Democrat, to license police officers like barbers and real estate agents.

“We’ve been looking hard at that,” Pritzker said, jumping on the bandwagon Tuesday.

It’s become obvious that the governor’s focus is on political optics and the November election.

His talking points mirror rhetoric being pushed by the Democratic National Committee. The party wants to distance itself from the “defund police” catchphrase because President Trump has successfully railed against it to tag liberals as radicals under his “law and order” re-election campaign.

Pritzker waited until Monday, days after other governors marched with protesters, to take a spot at the front of a south suburban protest against institutional racism so news photographers could get a good shot.

So far, the only action that Pritzker has taken toward something like police reform has been appointing a handful of minorities to the state Law Enforcement Training and Standards Board that has been staffed by all white people since he took office in 2019.

That’s not to say Pritzker can’t be a powerful ally to the black community he so desperately wants people to think he is. He’s just doing it all wrong. And it sets the wrong tone for state government’s response to a national call, not just for police reform, but racial equity in neglected minority communities. He’s talking instead of listening.

“These young people are saying ‘defund the police.’ We should be saying, ‘OK, let’s talk to them,’ ” said State Rep. LaShawn Ford (D-Chicago). “Instead, we push them away from the table. And that’s not right.”

Ford, who is black, refuses to use words like “fix” and “repair” when talking about what to do about the state of policing in America. He’s not just calling for “accountability” and “reform.”

“We don’t need white people to think that the only thing black people need their support with is justice with police reform. What, we get some reform measures on the books, and we’re good?” Ford said. “That’s a bad message.”

The West Side lawmaker says he’s worried that a moment when so many white people are marching alongside black people in protests will get wasted if partisan politics determines how we get to talk about what happens next.