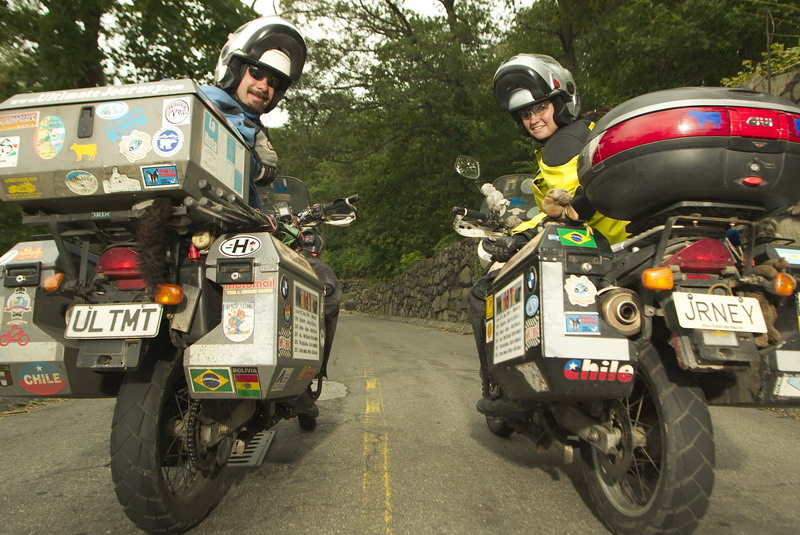 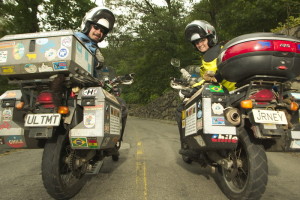 In 1999, Chris & Erin sold their real estate and other belongings, and embarked on an estimated one-year, 40,000-mile, around the world adventure on two motorcycles. But it turned into much more… Nearly 4-1/2 years, 101,322 adventurous miles, 50 countries, and six continents later, they rolled back home to a resounding televised reception on the Today Show in New York City. Although breaking records had not been their intention, they discovered that a record existed for this sort of achievement (57K miles), and they had nearly doubled it!

If you find yourself in a bookstore or at a friend’s house, look for a copy of the 2005 Guinness World Record® with the gold hardcover. That’s the 50th Anniversary edition. Flip it open to page 42 and look at the photo and caption in the upper left corner of the page under Epic Journeys. Yup, that’s Chris & Erin! If you can’t find a copy of the book, they’ll be happy to show it to you.

On the journey they saw incredible sites, met lots of fantastic people, encountered situations that could never have anticipated, honed their negotiating skills, put life in a different perspective, and had the experience of a lifetime!