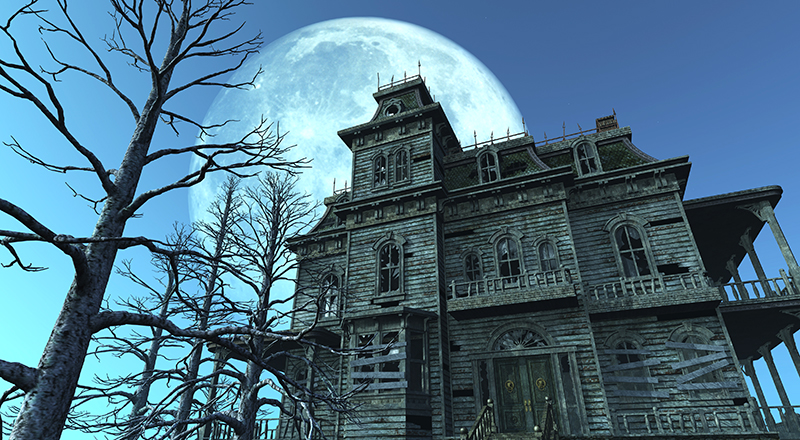 CHICAGO, IL – With the Halloween season in full swing, thrill-seekers hoping for a ghostly encounter would be wise to head to Illinois, which is reportedly home to one of the most haunted hotels in America.

The Daily Meal last month listed 25 of the most haunted hotels based on reported sightings from staffers, guests and even — get this — paranormal investigators. The list is chock-full of different types of hauntings, including reports of iPods playing on their own, unexplained sounds, apparition sightings and even ghosts who stand at the edge of your bed and kick to wake you up.

Here’s what the report had to say about the hotel:

This hotel is the old stomping grounds of infamous serial killer H.H. Holmes, who’d meet young girls in the lobby, take them back to his “murder castle,” and kill them. The Congress was also allegedly home to gangster Al Capone, whose spirit haunts the property today. Other entities include that of a little boy thrown to his death from a sixth-floor window, a worker trapped behind a wall when it was plastered shut, and a hobo named Peg Leg Johnny. Most of the action happens in room 441, where a female ghost stands at the edge of the bed and kicks to wake you.

Stephen King fans will recognize at least one of the hotels on the list — The Stanley in Estes Park, Colorado. The horror author and his wife stayed in room 217 and on their first night, King dreamed that his toddler son was being chased down the hall, according to the report. The dream inspired him to write the plot of his eventual bestselling book, “The Shining,” which was later turned into one of the most iconic horror movies in history.

Room 217 is said to be haunted by Elizabeth Wilson, a former head housekeeper — and now, apparently, a ghost — who has been seen folding guests’ clothes and climbing into the beds of unmarried couples in an effort to push them apart.

If that doesn’t suit your fancy, you might consider heading to California, home to three of the most haunted hotels: the Hotel del Coronado in San Diego, The Hollywood Roosevelt in Hollywood and The Queen Mary in Long Beach.

Marilyn Monroe is said to haunt suite 1200 at the Roosevelt. She used to stay in the room in the early stages of her career. As many as 150 spirits of dead soldiers are said to haunt The Queen Mary, a high-end ship that was used during World War II. Roughly 49 of them died aboard the ship, the authors wrote. Today, guests who choose to stay at the converted vessel are given a ouija board, tarot cards and a crystal ball, among other ghost-hunting items.

“Screams and other aggressive noises have been documented in the boiler room, where an 18-year-old sailor was reportedly sliced in half by a watertight door,” the authors wrote. “People have also witnessed a creepy little girl playing hide and seek in an empty swimming pool.”

New York, South Carolina, Louisiana, Maryland and Texas all have two hotels on the list. Others that have one include Massachusetts, Florida, Washington, D.C. and North Carolina.