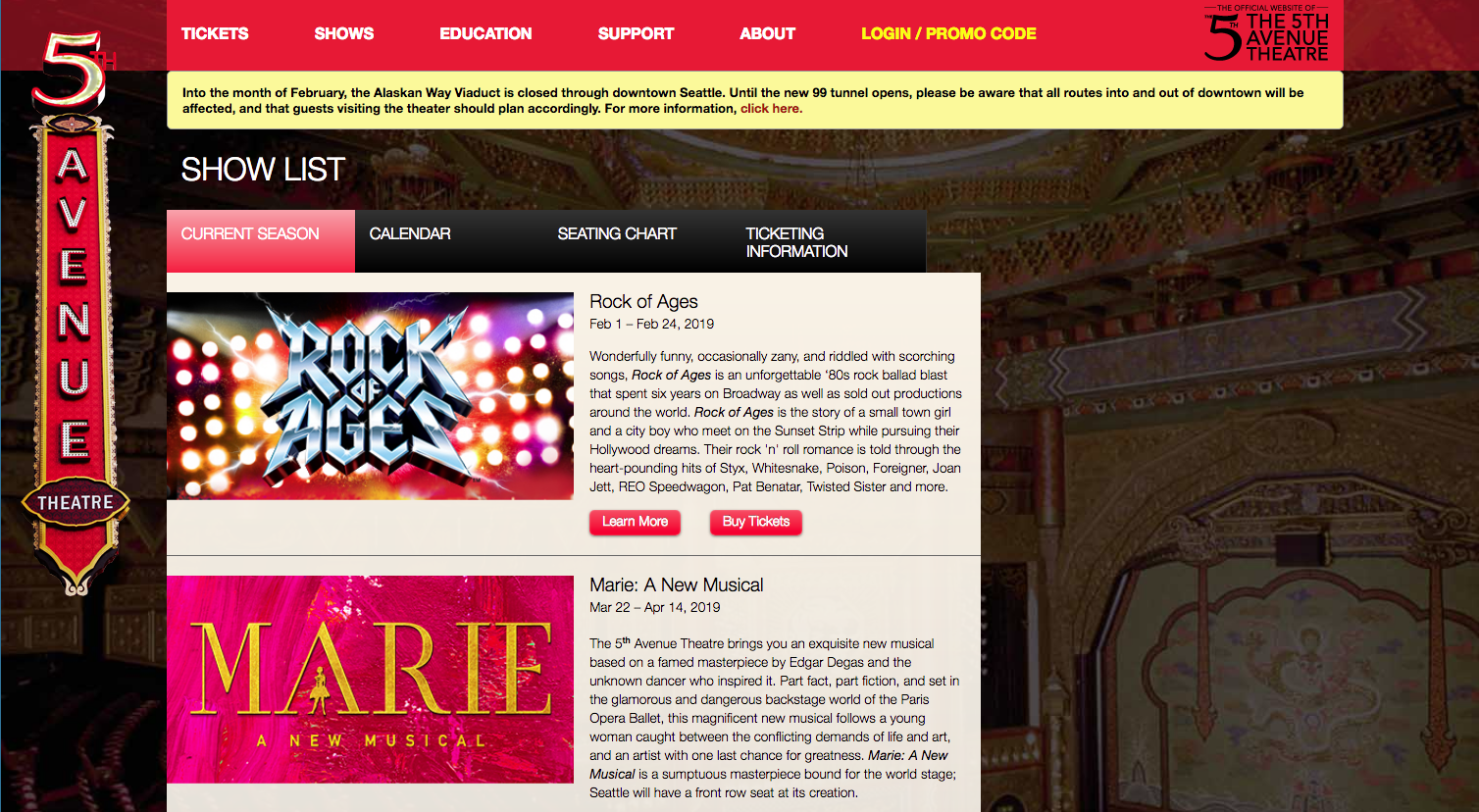 SEATTLE, WA – The 5th Avenue Theatre canceled a matinee show Sunday after a former employee allegedly threatened the venue. The threats were discovered on social media and later reported to Seattle police.

According to police, the theater contacted police around 1 p.m. Sunday to report the threats. The threats were enough for the managers to cancel the 1:30 p.m. “Annie” show.

“The decision to cancel the performance was made by theater management without any input from the Seattle Police Department. Seattle Police officers will remain on site for the evening performance,” SPD wrote in a blog post about the threats.

Seattle police detectives are investigating the threats and the person who made them. Anyone who missed the matinee show due to the threats should call the theater at (206) 625-1900.

After working with officers at SPD, The 5th feels confident in proceeding with tonight's evening performance of Annie as scheduled with increased security measures.

If you were affected by the cancellation of todays matinee, please call 206-625-1900 starting at 10am tomorrow pic.twitter.com/sphCOfXXtQ