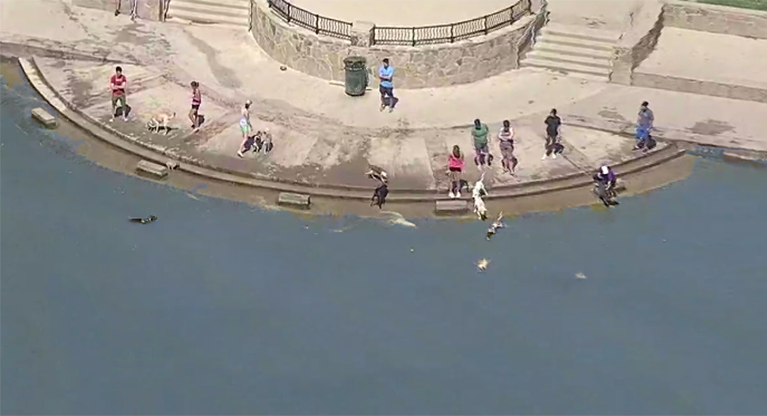 In an email to council members, the Dallas Parks and Recreation Department said kayaking, paddling, and rowing operations may be closed. It has recommended the dog park launch into the lake, on the north end, also be closed.

Dallas city officials have been notified that a wastewater pipe, operated by the North Texas Municipal District, broke Wednesday into White Rock Creek in Plano.

The City says there’s a possibility for “fish kill and unpleasant odor in and around White Rock Lake.”

The pipe was repaired early Thursday morning. The creek runs from Frisco, through Plano, all the way to White Rock Lake in Dallas.

“We will do all that we can to minimize damage to the White Rock Lake,” Dallas Councilman Mark Clayton told media outlets.

The North Texas Municipal Water Department confirmed the spill. It says the pipe broke behind a Toyota car dealership at Preston and the President George Bush Turnpike.

The Texas Commission on Environmental Quality has been notified, and crews are currently working to clean up the spill.