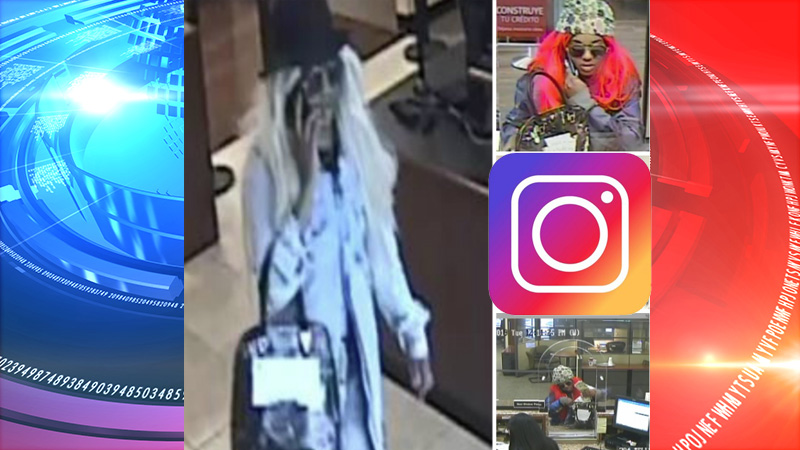 HOUSTON, TX – A woman who is accused of embarking on a crime spree and committing six bank robberies in less than a week is in police custody.

On Jan. 23,m the FBI’s Violent Crime Task Force sent out an alert asking for help in identifying a woman who donned brightly colored wigs while robbing six banks in southeast Houston, and in west Houston.

Investigators said Clay committed her first robbery on Jan. 18 when she walked into the Chase Bank 1337 Gessner Road in southwest Houston, at about 1:40 p.m.

Witnesses said the woman approached a teller and showed her a note taped to her purse saying that she was armed with a gun and demanded cash.

The teller gave the suspect an undisclosed amount of money, who fled the bank in a white Chevrolet Malibu with a missing right rear hubcap.

Over the next several days, Clay allegedly robbed:

In each case, prosecutors said Clay wore a wig, and showed the teller her purse with the threatening note taped to the side.

Investigators were able to identify Clay through Instagram photos, and tracked her down, police said.

However, according to state jail records, Clay had committed similar crimes in the past.

Clay was convicted in 2017 for robbery and threats for an offense in Harris County, and for theft, in Travis County, she committed three days later, according to the Texas Department of Criminal Justice.

She served less than the mandated 2-year sentence.