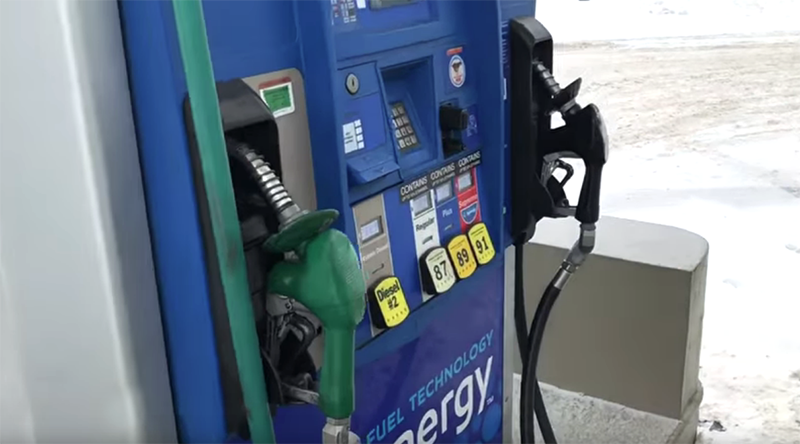 WAUKESHA, WI — Police in Waukesha, Wisconsin say they’ve arrested two people from Chicago implicated in a gas theft ring after a fire broke out at the Waukesha Kwik Trip where they were trying to steal gas.

According to authorities, the Chicago duo — Devoncia Syas, 19, and Nakia Barnes, 27 — were lucky they didn’t cause a sizable explosion.

According to Waukesha police call logs, officers responded to the Kwik Trip gas station at 924 Fleetfoot drive at just after 5 p.m. on Nov. 9 on a report of a fire at one of the gas pumps.

Call logs stated that Syas and Barnes were filling up 55-gallon drums of gasoline in the cabin of a conversion van when a fire started at the pump. When authorities arrived, they could see flames showing outside the pump.

Police say the fire was quickly put out, but that one of the two had “significant” burns.

When police investigated the case further, they made a major discovery.

Police say both Syas and Barnes used fraudulent credit cards to obtain a total of 192 gallons of gas, which had been pumped into several 55-gallon drums that were loaded inside the van. At today’s prices, the value of that gas would be about $450.