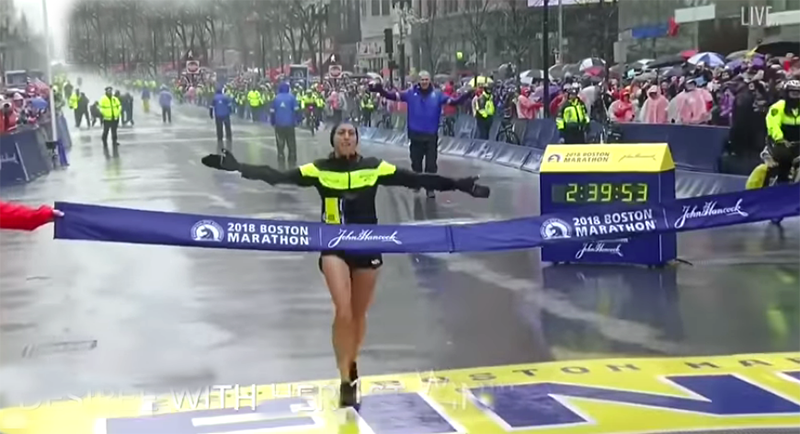 BOSTON, MA — For those runners hoping to qualify to run in the Boston Marathon, it just got a little tougher. For the first time since 2013, theBoston Athletics Association lowered the time runners have to run 26.2 miles by 5 minutes in order to qualify to run the iconic road race in April 2020 without joining a charity team.

This news comes the same week the Boston Athletics Association (B.A.A.) notified 23,074 runners of their acceptance into the race for 2019.

That’s a lot of qualifiers. However, an uptick in the number of runners who qualified to run the race this April left 7,384 runners without a bib for the iconic event.

“Due to the unprecedented support and interest in being part of next year’s race, the B.A.A. unfortunately is unable to accept all deserving participants who achieved hard-earned qualifying times,” said Tom Grilk, B.A.A. chief executive officer.

Grilk said qualifiers who were four minutes, 52 seconds (4:52) or faster than the qualifying time for their age group and gender were accepted into the 2019 Boston Marathon. And in an effort to avoid something similar next year, they adjusted the BQ for next year already.

This year 8,620 Qualifiers met their qualifying time by 10 minutes, 00 seconds or faster, according to the B.A.A.

The 123rd Boston Marathon on Monday, April 15, is going to have a lot of fast runners, folks.

But there still will be runners out there raising money for charities. Participants who ran on behalf of more than 260 non-profit organizations raised $36.6 million for charity at the 2018 Boston Marathon.

Registration for runners who met the B.A.A.’s Qualifying Standards for the 2019 Boston Marathon began on Monday, Sept. 10 using a “rolling admission” schedule for a week. It re opens for two days for runners who make the qualifying time. Registration for the Boston Marathon accepts only those who qualify according to the times with priority to the fastest runners, provided they can register during the window.

Check out a history of Boston Marathon qualifying standards and cut-off times here.