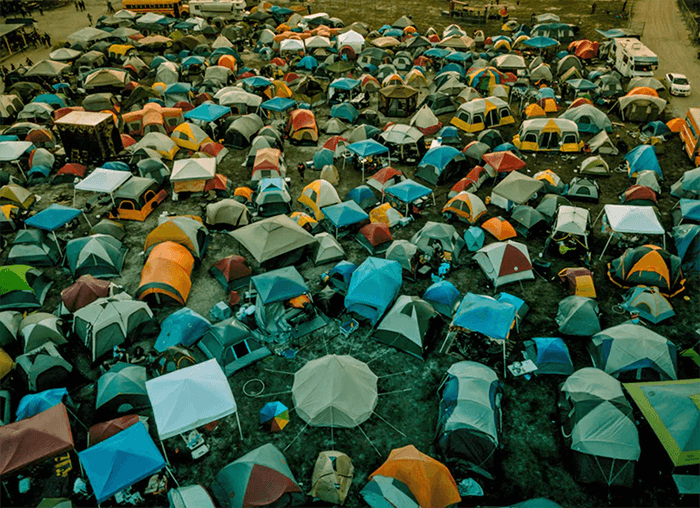 SAN FRANCISCO, CA – Residents of the Haight-Ashbury alleged the new city-sanctioned homeless encampment in their neighborhood will “disrupt the status quo,” according to a lawsuit filed May 26 by a group called the Concerned Citizens of the Haight.

Safe sleeping villages are San Francisco’s most recent attempt to prevent the spread of COVID-19 among the unhoused population. The approved tent camps are “designated outdoor spaces for people who are unsheltered, providing an organized area to stay and access to services,” according to the San Francisco Department of Health.

Concerned Citizens said they are worried about the location of the sanctioned encampment. 730 Stanyan St., a former McDonald’s restaurant, was once a “mecca for crime, drugs, and violence,” according to the group’s lawsuit.

In April 2018, the city of San Francisco purchased the parcel of land at 730 Stanyan St. after City Attorney Dennis Hererra declared the site a “public nuisance” three years prior. According to the Concerned Citizens lawsuit, the actions of the city to consciously improve the site led to a 35 percent decrease in police reports filed for the area in 2019 as compared to 2014.

“Despite this monumental accomplishment, the city now plans to disrupt the status quo that it was instrumental in creating, by moving a homeless encampment onto the 730 Stanyan St. lot,” the Concerned Citizens lawsuit said.

Jeff Kositsky, former director of the Department of Homelessness and Supportive Housing, said there is “no reason” to believe there will be an increase in crime.

“When we were opening up the navigation center at the Embarcadero, that question came up a lot,” Kositsky said during a May 28 community meeting hosted by Supervisor Dean Preston. “The police department pulled up some stats to show that there were actually decreases or no increase in crime around any of the navigation centers that the city has opened.”

Treeline Security will oversee the safe sleeping village and work in coordination with the San Francisco Police Department to keep the area secure, Kositsky said.

“Folks who will be in this safe sleeping area are currently housed on the streets with no supervision or monitoring,” Preston said. “I think there’s far more likely of an increase of safety by having folks in a supervised site.”

Concerned Citizens allege the new safe sleeping village in their neighborhood is illegal, in part, due to city zoning laws. The parcel of land at 730 Stanyan St. is zoned for commercial use. According to recently updated Haight Street Neighborhood Commercial District zoning requirements, homeless shelters fall under the category of residential use.

Cities often “bend the rules” to allow flexibility in how they use their property, said, attorney Peter Prows. Prows represented the group Safe Embarcadero for All in their legal attempts to halt construction of the Embarcadero Navigation Center, a 200-bed temporary homeless shelter, in 2019.