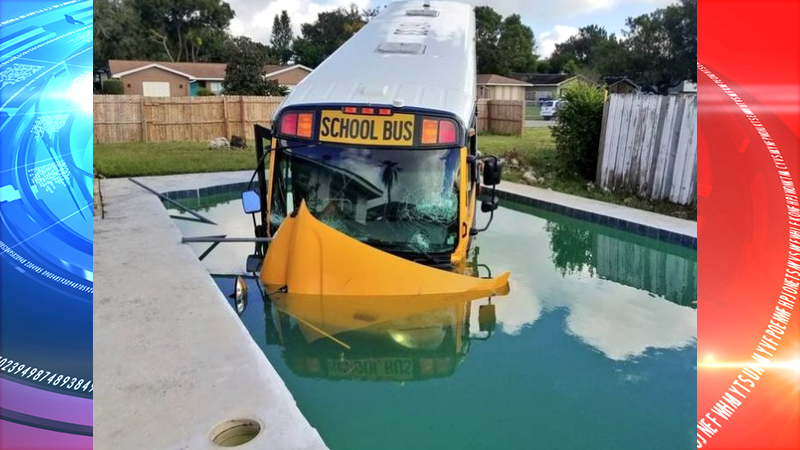 ORLANDO, FL — A Florida school bus carrying nine children crashed into a swimming pool on Friday morning. None of the children in the school bus were injured, according to Orange County Fire Rescue, which said that the school bus driver also escaped without injury.

The pool where the bus crashed was near a steep drop that led to a retention pond. A Florida Highway Patrol officer on the scene told reporters that the bus driver was trying to keep the bus from plunging into the retention pond when it crashed through a fence and into the swimming pool.

“We don’t want to see a bus crash into anything,” said the FHP officer. “But the bus driver saw the retention pond … and his goal was to keep it as straight as possible away from that retention pond.”

Photographs of the crash showed the nose of the school bus inside the residential swimming pool as the back wheels remained on the pool deck. Fire officials said that fuel was leaking into the pool.

The crash occurred at Willowwood Street and Rushmore Court in Orange County, Florida.

A woman who was driving a jeep that collided with the bus suffered non life-threatening injuries, according to first responders.

First responders said that there were also three children riding in the jeep, who were initially taken from the crash scene by family and then brought back.

“They just brought two of the kids back to get checked out, but none transported,” according to a spokesperson for Orange County Fire Rescue.