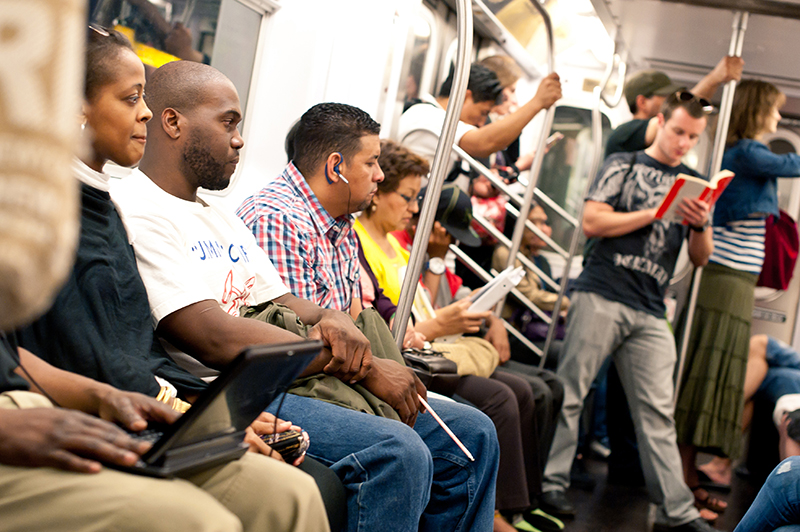 NEW YORK CITY, NY – Subway signal problems halted service on part of the M line during a hellacious Monday morning rush that enraged straphangers. The issues at Broadway-Lafayette stopped M trains from running between Manhattan and Queens and caused delays on the B, D, J and Q lines, according to the MTA.

The breakdown also forced northbound F trains to stop along the G line from Bergen Street to Court Square, then over the E line to Jackson Heights-Roosevelt Avenue, the MTA said.

The transit authority warned of “major delays” on the B, D, F and M lines even after normal service resumed around 8:50 a.m.

Upset straphangers reported crowded platforms and a lack of communication as confusion abounded. One train didn’t even tell riders where it was headed before pulling into the Court Square station in Queens, according to commuter Thomas De Napoli. “All aboard the Mystery Train to nowhere!” he wrote on Twitter.

City Council Speaker Corey Johnson condemned the failures, though he said he only got caught in “minor delays” on the 2 train.

“It’s like playing the lottery whenever you swipe your MetroCard,” Johnson tweeted.

The signal problems weren’t all that roiled Monday morning commutes.

A train’s brakes getting automatically activated at 36th Street in Queens caused separate delays on southbound E and F trains, according to the MTA.

A customer needing medical assistance at Atlantic Avenue-Barclays Center in Brooklyn forced southbound 4 and 5 trains to run local from Nevins Street to Franklin Avenue and caused delays on southbound 2 and 3 trains, the MTA said.

R train commuters also faced delays because of a similar incident at DeKalb Avenue in Brooklyn, the MTA said.

We're making urgent track repairs in the N, R and W tunnel between Manhattan and Queens. There is no W train service.

Northbound R trains are rerouted on the Q and F lines between 57 St and 36 St (Qns).

Some northbound N trains will stop along the Q line north of 57 St.