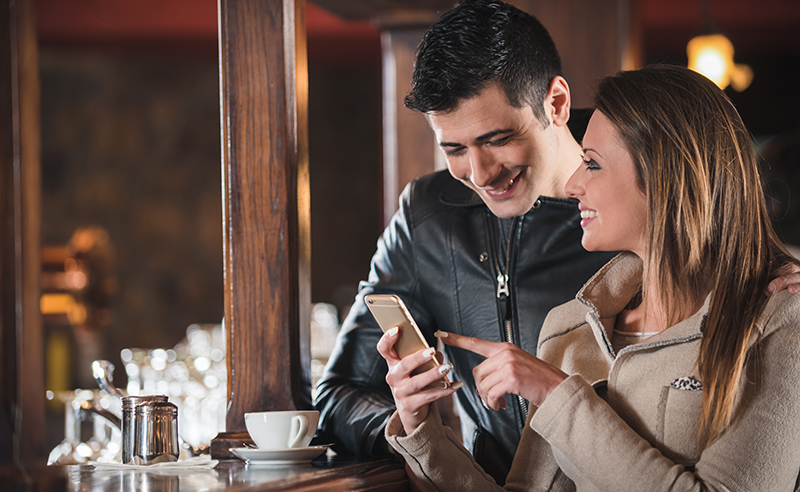 LOS ANGELES, CA — In this hyper partisan era, dating can be a real minefield — especially if you are looking for the perfect mate who just wants to make America great again.

But now right-wingers feeling left behind by romance in the nation’s urban and increasingly liberal centers have somewhere to turn for like-minded love.

Righter, a new dating app unveiled this week solves the ‘When do I tell them I voted for Trump’ dilemma that conservatives wrestle with while dating in blue towns, reports NBC Washington.

Christy Edwards Lawton, the inventor of Rigter, said she created the app after hearing horror stories about conservatives trying to find love in the likes of Los Angeles, New York and Washington DC, a city where only four percent of the residents voted for President Donald Trump.

Lawton, a native of Los Angeles, told NBC she was shocked when a woman who looked like a model confided she couldn’t get a date as a conservative in New York City. Some people on Tinder even put in their profiles that conservatives should just swipe left, she said.

“There’s been a fear and trepidation when you actually do meet of, ‘When do I tell them I voted for Trump?'” Lawton said.

Righter has some unusual features for a dating app. It has a three-strikes-you’re-out policy. Men who don’t pay on the first date would get one strike against them, Lawton told the Daily Beast.

And women who photoshop away those crow’s feet? That’s a no-no, says Lawton.

Needless to say, the twitter sphere has some sharp words for the dating app that bills itself for conservative Christians while admonishing “gentlemen to act like gentlemen” and “ladies to act like ladies.”

Righter is free, but there are upgrades that you can pay for. For $9.99 you can use unlimited likes. You could even “MAGA like” that special someone to let them know you like them bigly.