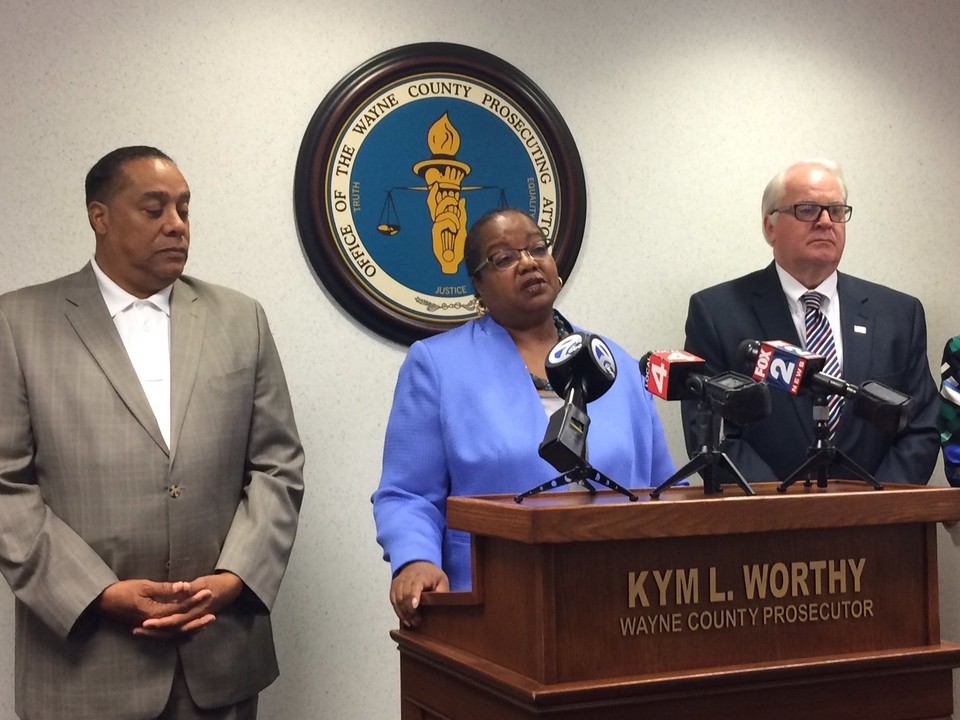 The victims thought they found a great deal on a home, they were wrong.

Detroit has been the center of attention lately due to property deed fraud schemes that have identified at least 23 victims involving 19 different properties.

Geneva Edwards, James Webb, Zarvelar Weems-Jones, and Trini El-Bey are being accused of filing or assisting with a filling of false affidavits with the Wayne County Register of Deeds tricking unsuspected homebuyers they had purchased homes for between $1,000 and $5,000, as of now the total amount of the scheme is about $21,000 but could higher.

The majority of the purchasers wanted the homes to fix them and live in the homes, says Assistant Wayne County Attorney Latoya Willis, lead attorney of deed fraud.

The victims realized they have fallen for a fraudulent scheme after they making payments to Edwards and his accomplices Wayne County Prosecutor Kym Worth says.

Edwards went as far as contacting the real owners of the home and extorted them to pay more in order to recover their property.

Worth said the perpetrators engaged in a complicated scheme that proves they possess advanced skills that they used to prey on victims.

On Tuesday, September 26 the Wayne County revealed the property ring at a press conference.

Investigators believe the scam was used between January 2016 and March 2017 and that Wayne County employees were not involved in the fraud.