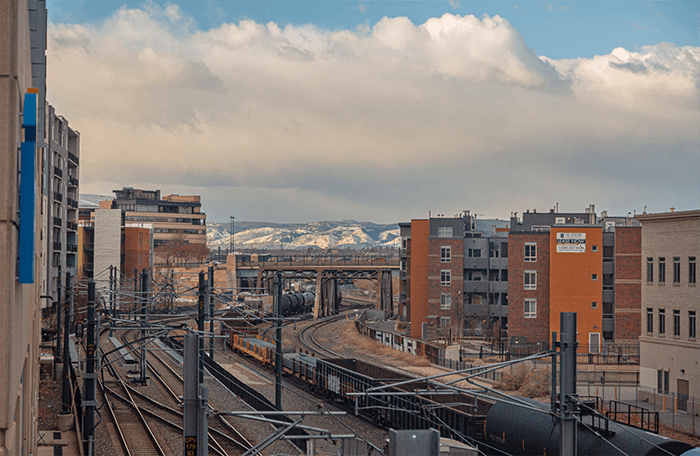 DENVER, CO — The city and county of Denver is putting variance requests on hold after a recent spike in the number of coronavirus cases, Mayor Michael Hancock announced at a news conference Wednesday. Businesses and services that have already been granted variances will be allowed to continue their operations.

The variance requests, which many Colorado counties have submitted to the state, include a wide range of expanded options for businesses and services in regions that are managing to “flatten the curve” of COVID-19 cases.

Denver has seen a “troubling increase in data” over the past two weeks, Hancock said.

“This recent spike we’re seeing is extremely concerning,” he said. “We can’t let our guard down, even a little bit, right now”

Between July 6 and Monday, more than 550 new cases were reported in Denver, according to public health data. Hospitalizations in the city are increasing but “holding steady,” the mayor said. Intensive care unit bed capacity in the city is at 79 percent.

If needed, Denver officials will “not hesitate to get tougher” on businesses and people who are not complying with the city’s face covering and social distancing mandates, Hancock said.

The mayor noted that Denver “isn’t an island” and that many people come into the city from surrounding regions. Hancock is calling on other metro Denver mayors and commissioners to issue mandatory face-covering orders.

Over the past week, more than 4,000 new cases of the coronavirus have been reported in Colorado, according to public health data.

While Colorado hospitals have not yet faced capacity issues, the state has seen a rise in the number of coronavirus cases and hospitalizations over the past week, Gov. Jared Polis announced in a news conference Tuesday.

“I don’t want to follow the path of Texas, Arizona, and Southern California,” Polis said. “I want Colorado to continue to be a positive outlier.”

“It’s not the time to panic or to feel anxious — it’s the time to redouble our efforts,” he said.

As of Tuesday, 37,686 people had been infected with the coronavirus in the state among 406,967 people who have been tested since the outbreak began, health officials confirmed. Around 5,963 people have been hospitalized, and the death toll has reached 1,594.