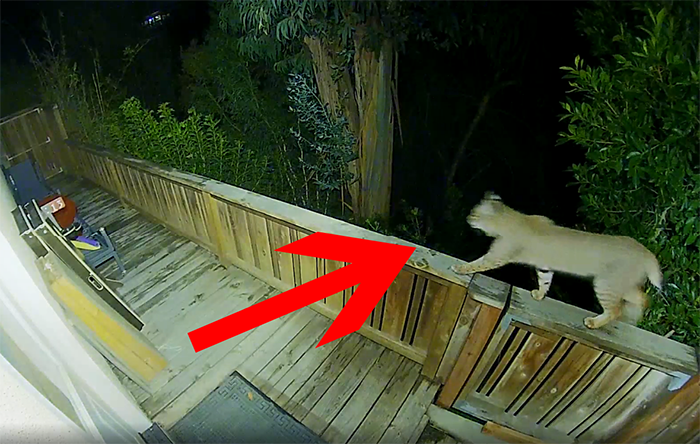 SAN DIEGO — A La Jolla home got an unexpected nighttime visitor when an apparent bobcat was caught last week creeping around the residence.

In this video, as it appears on the Neighbors app, the bobcat walks along a fence outside the home. The video was captured around 8:30 p.m., according to the person who shared the video on the app.

Bobcats are members of the cat family along with lions and are often mistaken for mountain lions. However, bobcats are much smaller. They are only one quarter to less than one half the size of the mountain lion. They are two or three times as large as a domestic house cat and more muscular, according to the California Department of Fish & Wildlife.

Bobcats tend to weigh about 20 pounds and average about 30 inches in body length. They can stand almost 18 inches high. Despite a common misconception, bobcats do have tails.

They are nocturnal hunters, and they play an important role in containing prey populations. While they aren’t known to be aggressive toward humans, the California Department of Fish & Wildlife recommends precautions to protect pets from bobcats.