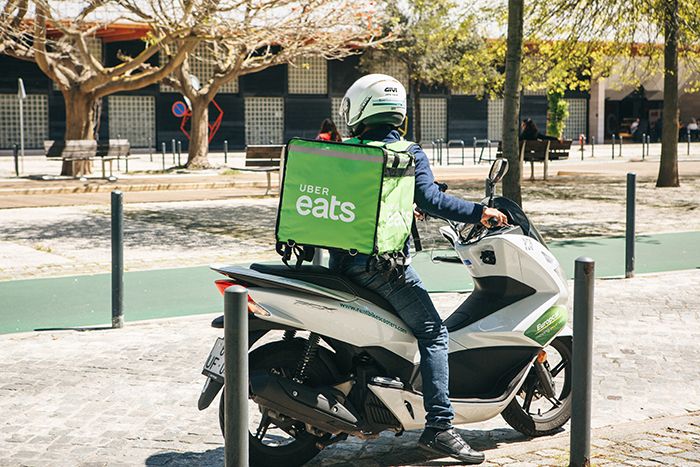 NASHVILLE, TN – An Uber Eats driver’s stopping at the wrong place late Monday night preceded an apparently unprovoked attack on him during which he was stabbed multiple times as the assailant demanded his car keys.

Zachary Jermain Eubanks, 40, of Lafayette Street, is jailed in lieu of $101,000 bond on charges of aggravated assault with a deadly weapon and possession of drug paraphernalia.

Hermitage Precinct officers responded to a stabbing call at the Shell Station, 10 Fairfield Avenue, just after 10 p.m. The 52-year-old victim was found to be bleeding from his torso and said that he had been stabbed. He was suffering from several puncture wounds, including one near his heart, and a broken arm.

The investigation shows that the victim mistook a taco truck at the Shell Station for his Uber Eats pickup location. He reported that a man, subsequently identified by police as Eubanks, approached, took his cell phone and demanded his car keys. The victim tried to get away, but said the assailant chased him and struck him several times, ultimately knocking him to the ground causing the broken arm.

Investigating officers were able to access nearby surveillance footage which showed Eubanks fighting with the victim and the victim go down. Officers tracked Eubanks’ movements and arrested him on Lafayette Street.

He was in possession of two cell phones, a bloody rag, and had blood on his pants. He refused to identify himself or make a statement to officers. He was subsequently identified through his fingerprints. Eubanks’ record reflects felony convictions for facilitating aggravated robbery, aggravated assault, cocaine possession, and vandalism.

Eubanks was arrested for aggravated assault last month (April 25th at 2:40 a.m.) outside the Greyhound Bus station after a North Carolina man reported that he pulled a knife on him and threatened to “slice” him. The charge was dismissed in General Sessions Court on the 6th of this month after the victim did not appear. Eubanks was released from jail on that day.

The victim in Monday night’s attack is believed to have recently moved to this area from South Dakota. He is recovering at Vanderbilt University Medical Center.