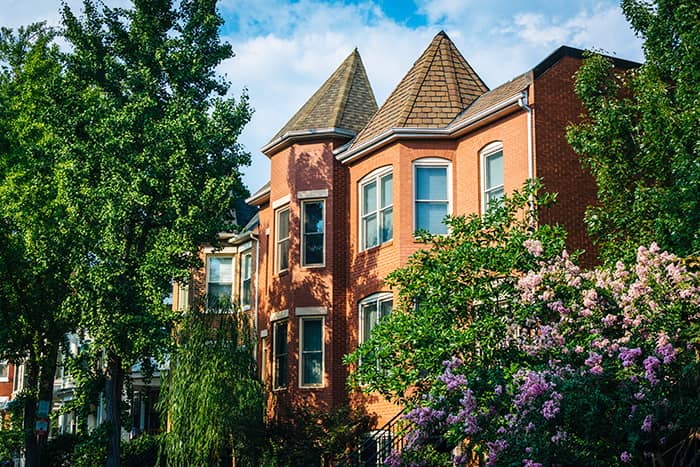 Try as they might escape the public eye, there is one aspect of life where celebrities open themselves up to public scrutiny just like everyone else: when they sell their homes.

When listed publicly, nothing but the budget, size, and amenities separate everyday real estate purchasers from the deep-pocketed celebrities. So go ahead and shamelessly gander at 10 celebrities who have sold a home in the past several months.

It wasn’t “’til death do us part” for Drew Barrymore and her Montecito, California estate. Barrymore sold the home, which was also the site of her June 2012 wedding to Will Kopelman for $6.35 million.

Barrymore is vacating the six-bedrooms, seven-and-a-half bath, 6,258 square foot property after owning it for about three years. She purchased the house, which was built in 1936, and adjoining gardens in 2010 for $5.7 million.

Known for his on-court finesse, and prowess, tennis legend Pete Sampras’ former home was suitability outfitted with a private tennis court. Built-in 2009, it was a game, set, match for the Sampras compound which was recently sold at an undisclosed price.

Originally, Sampras and his wife, Bridgette Leann Wilson, had asked $25 million for their seven bedrooms, 12 bathrooms, and 16,177 square feet of living space. Also included were a guest house and fitness center.

Jessica Simpson is hopping from one home with star-studied history to another. The above 90201 property had served as the abode for Ellen DeGeneres and manager Rick Yorn before Simpson shelled out $5.275 million in 2005.

She got quite a bit less than the nearly $8 million asking price the house was listed in May but still raked in a profit getting $6.4 million in the sale. Vaulted ceilings and hardwood floors run throughout the “Hamptons-inspired” ivy-adorned house.

It has five bedrooms, five-and-a-half baths, and a stone courtyard. She’ll be moving into the following house.

The former home of Ozzy and Sharon Osbourne, the Osbournes listed their suburban Los Angeles stunner for $12.999 million but settled for $11.5 million from Simpson. Far from a rock’n’roll lifestyle dwelling, this mansion boasts a lot of formalities, including a library, study, maid’s quarters, formal dining room, formal entry room, and dressing quarters.

The six-bed, ten-baths, the 2.25-acre estate continues to defy hard rock trends in terms of its decor, as illustrated above.

Leaving the Osbornes and Jessica Simpson behind, Jenna Fischer — or “Pam” as you may like to think of her — recently sold her Studio City, California home for $2.015 million, slightly above the original asking price of  $1.988 million.

Perhaps the stunning views visible from multiple rooms in the house helped bump up the price. In addition to beautiful scenery, the house contains a chef’s kitchen, steam shower, and an enormous master-suite closet.

Escaping California for the moment, but retaining breath-taking views, the original founder and owner of the Dallas Mavericks, Don Carter, sold his penthouse with panoramic views of Dallas for a reported $1.2 million.

Thankfully, shades controlled electronically are available for those seeking a little privacy. If seeing the city from inside the sleek, modern home isn’t for you, you can pick from one of two terraces.

Just as he eventually moved on from Marky Mark and the Funky Bunch to start a bigger career, Mark Wahlberg has finally sold his house after five years of trying.

Wahlberg’s old home had been on the market since 2008 when he and his family moved into their newly constructed, 33,000-square-foot mansion. The LA Times reported the 11,500-square-foot home sold for $12.995 million, well below what Wahlberg asked in 2008 $15.9 million. The home rests on more than 1.7 acres and has a two-bedroom, two-story adjacent guest house.

In 1,150 square feet, the apartment contains one bedroom, two bathrooms, hardwood floors, and marble countertops. Located in downtown Hollywood, the building gives residents views of the city, a pool, gym, and valet.

A California home sale with views of the ocean is brought to us by Jim Carrey. The comedic actor may not have been laughing too much about this home that sat on the Malibu market for two years and saw a price decrease from $18 million to $13.4 million.

However, that is still more than the $9.75 million Carrey paid in 2002. The deck that runs alongside the living room has removable walls to fully appreciate the summer sea-breeze, and a private balcony for anyone who wants to escape prying eyes but still have a scenic view.

The former owner of this Mediterranean, palm-framed beauty is Billy Joel. It went to the tune of $13.75 million, $175,000 above what Joel paid. In addition to being able to say they own a residence of the piano man’s, the new owner has a gourmet kitchen, seven bedrooms, and nine bathrooms, spread over 8,881-square-feet.